In yesterday’s potato post, there were several comments . . thanks! You never know what you don’t know and I always appreciate the info readers share with me.

Whether or not to preserve potatoes is one of those things that has me debating my sanity. Potatoes are readily available year round in the grocery store and are almost always inexpensive so it isn’t a matter of availability or cost but it’s the quality. Home grown potatoes taste so much better, to me, than do storebought potatoes and though I don’t often buy organic anything, simply because I believe to be labeled “organic”, there are so many items that are allowed to be used, especially on the commercial farms, I just don’t see that it’s worth the extra cost . . but that’s just me, any root crop that is grown in the ground, is going to absorb anything in the ground, and so much stays in the ground for many years. Therefore, I will go to great lengths to preserve my own potatoes, beets, carrots and other veggies that spend their entire growing cycle in the dirt. 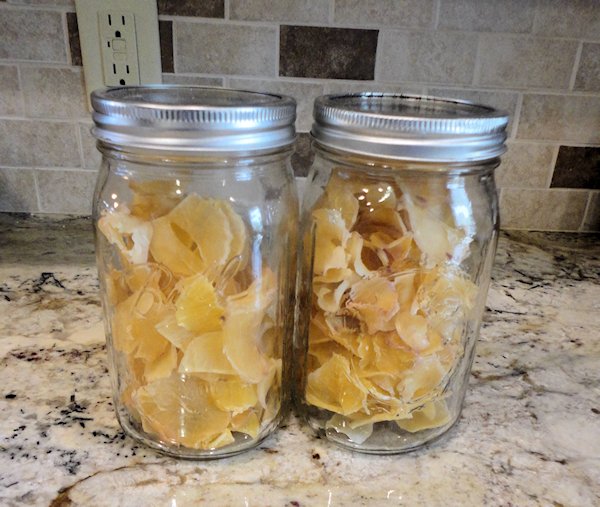 There are a few previous blog posts about rehydrating and dehydrating potatoes that I’ve done in the years when I had an abundance of potatoes.

I’ll address some of the comments here because they’re all good options and hints.

Salad Spinner for drying parboiled potatoes – Yes, I have one and that would work well for small batches but if I’m doing quite a few potatoes at once, it’s easier to spread them out on towels, go do something else and come back once they and put them up. 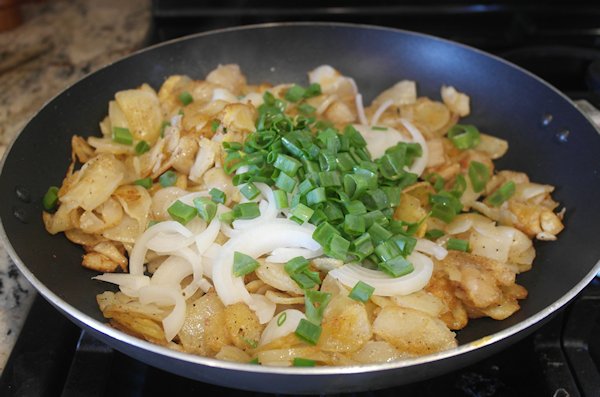 Home dehydrated potatoes – Not bad at all but so far, the best method I’ve found for preserving potatoes. From one of the linked blog posts, the above photo is rehydrated potatoes I was cooking. You can see that they don’t fall apart, they brown, they look like pretty much like fresh potatoes and the texture isn’t mushy nor  are they ‘cardboard’ tasting. Dehydrating is a lot of work because the potatoes are peeled, blanched, then sliced . . it takes pretty constant attention to get the potatoes heated to the middle without being overcooked on the outside. After cooling, they are sliced and dehydrated, then vacuum sealed either in bags or in jars.

Freezing – Through the years, I’ve probably tried every method of freezing known to man. Anything suggested, I tried. Potatoes don’t freeze well no matter what I’ve tried – whether in soups, stews or by themselves.

Life is still good – even if I never find an acceptable way of preserving potatoes.  🙂  But, if I can find a way to have good hash brown potatoes for casseroles, without having to buy already frozen hash browns, I will be happy.

Today I am going to parboil some hash browns, drain them, dry them, freeze them for a week or so and then try them as breakfast hash browns where they stand alone .. they have to be excellent, and if that works, then I’m good. I will probably just put up all my potatoes using this method because we eat hash browns often for breakfast and in soups and stews, I don’t see a problem with dumping in a bag of frozen hash brown potatoes instead of whole potatoes.

Without a doubt, you are all waiting on the edges of your seats for results and you probably will not be able to function properly until you know if this is going to work!  🙂   I will report back to you once I’ve tried them.