Normally, I’m not hard on things and my stuff lasts forever!  Not my Otter case! I had no idea how long these cases were supposed to last but for what it cost, I thought forever, but I was wrong. The inside hard shell has saved my phone from quite a few drops so I’m not complaining. I will always have an Otter case! 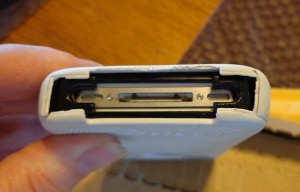 First, the little flap end just peeled off! Every day the rubber/plastic cover got looser and looser. 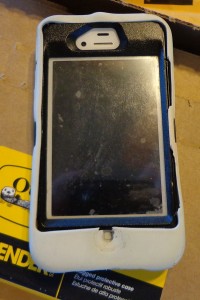 Pieces of rubber were falling off. 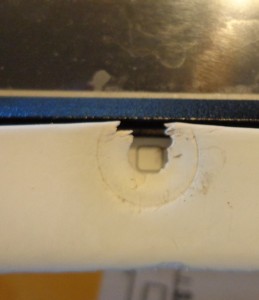 Then the little thing on the button fell completely out and I was having to dig in with my fingernail to do anything so . . I had enough and it was time to buy a new one.  Most places don’t even have cases for the older phones and mine works fine so I don’t need a new phone. Wal-Mart in Stephenville had new cases but they were $44, which was a heck of a lot less than I paid when I bought this one. I was picking out my new case and along came Vince.

Vince: You’re going to pay $44 for a case for an old phone?
Me: Yep.
Vince: No! I can find one for less!
Me:  I can hardly use the phone because I can’t push the button!
Vince: I’ll find one! 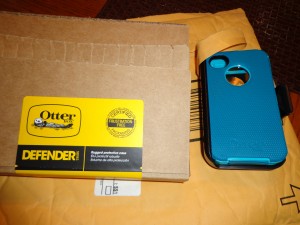 He is amazing! I could have ordered a new outer case from Otter but it would have cost more than $14. 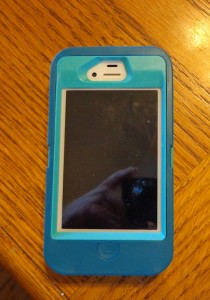 It will probably take a year or more for me to recognize my phone and stop looking for the white phone but it’s so nice to have a case that works and isn’t falling apart.