Yesterday we were running low on bread so I made my standard white but made one loaf of white and one loaf of cinnamon swirl.  I was going to put icing on it . . because I love icing but then decided if I didn’t ice it, I could toast it or even use it to make something similar to cinnamon toast . . but better. 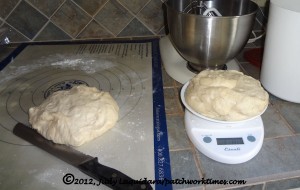 For the plain loaf, I stuck it in the pan to rise.  For the cinnamon swirl loaf, I flattened it into a rectangle using my hands, spread the top with soft butter, sprinkled sugar and cinnamon on top — that good Penzeys Vietnamese cinnamon!  That is the best cinnamon.  I don’t know how I made it before discovering the Vietnamese cinnamon. 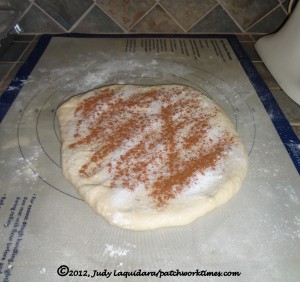 Then I rolled it up real tight so the cinnamon and sugar wouldn’t pour out into the bottom of the loaf pan. 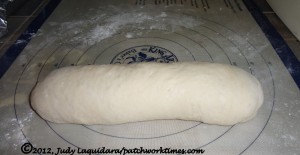 I sprinkled just a little cinnamon on top of the cinnamon swirl bread so we’d know which loaf was which and then set them over by the crockpot to rise.  My kitchen doesn’t stay real warm in the winter but you can see they were plenty warm enough to rise nicely. 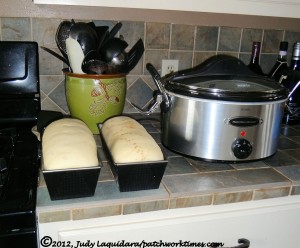 The bread was baked and turned out just great.  Vince and I both tried both loaves just to be sure.  You can never be too careful, you know? 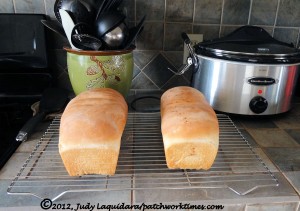