Both Japanese Okra and Loofah are part of the loofah family. Both are considered edible gourds but only edible if harvested very young.

Last November, a man here gave me 6 or 7 Japanese Okra seeds. This spring I planted them and 4 or 5 of them came up. They were very slow to get to growing and even slower to start producing. I was a bit concerned I wasn’t going to get anything and therefore, have no seeds to try again. But, they took off and grew and produced. They are edible and in theory, you’re supposed to harvest the very young fruit and by leaving the fruit on and letting it dry, that signals to the vine that you’re done and it will start to die back. Since my main concern was getting seeds to plant for next year, I let everything mature and dry and harvested seeds. My vines are in pretty sad shape but they’re still producing so yesterday, I cut two of the young pods and we ate them. 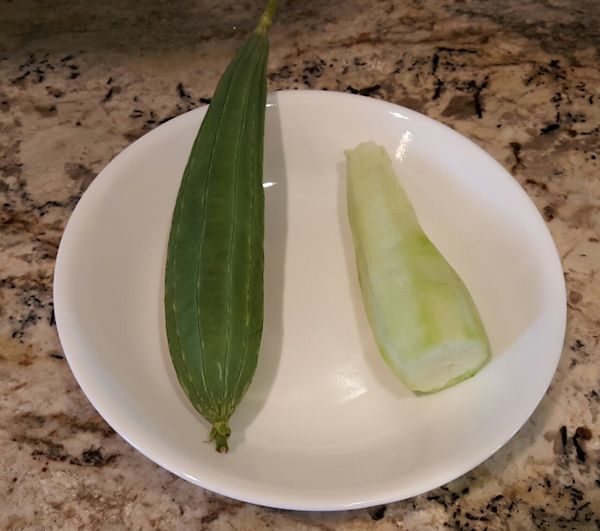 All I did was cut it up, batter it and fry it and it was good. It tasted somewhere between zucchini and eggplant to me. 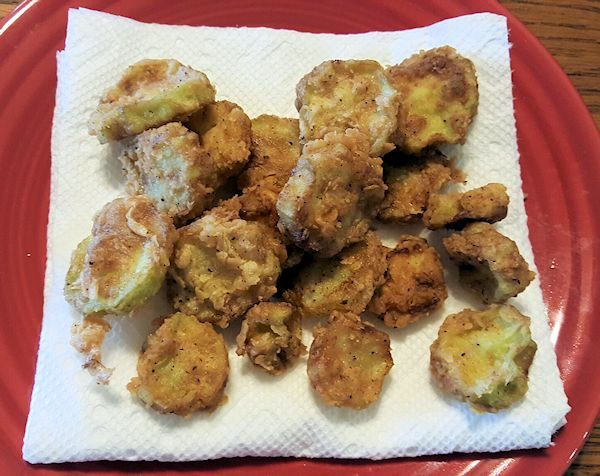 It was kinda the same thing with the loofah. It is edible if harvested while it’s young and tender. Mostly, I’d rather have loofah to scrub dishes and use in the shower but I did want to try to cook some. The loofah is still blooming and the fruit that is starting now will not have time to mature before our first frost and the first frost will be the end of all of it. So, this afternoon I picked three young loofahs, peeled and chopped them. I sauteed them with onions, garlic and mushrooms, added a bit of seasoning and some soy sauce. 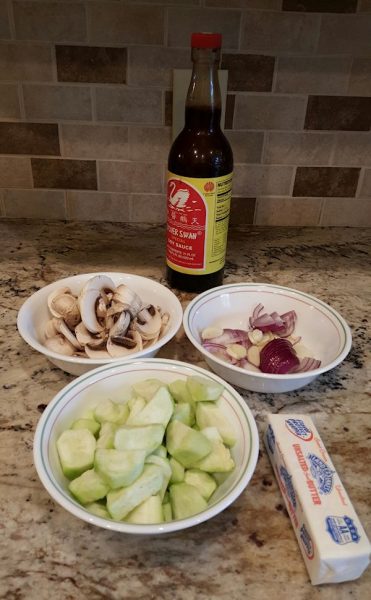 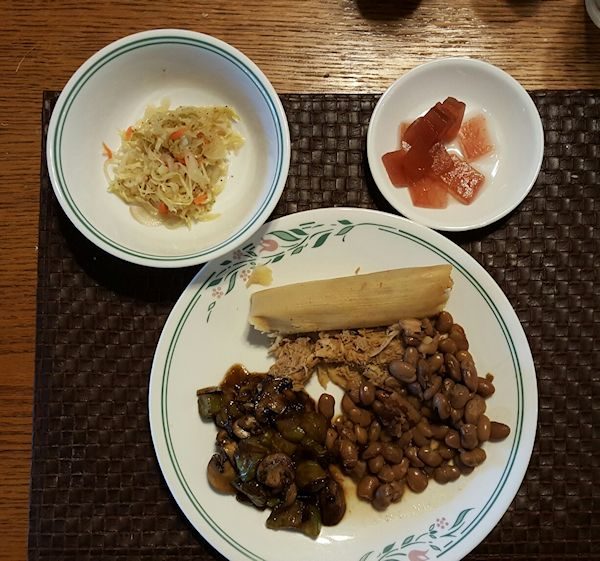 On the plate are tamales, beans and the loofah mix. Large bowl is cole slaw that I canned over the weekend. Small bowl is pickled (or candied) watermelon courtesy of my friend, Sheryl.

Next year, now that I know I can grow lots of loofah and Japanese Okra, I think we’ll eat more of the tender fruit before it gets to be mature.