Now that I feel like I’ve mastered making Canadian bacon and regular bacon, I’ve been wanting to try making buckboard bacon. I’ve been waiting for a time when pork butts were on sale and I had room in the fridge. Chad and Nicole left with 10 dozen eggs so that made room in a fridge, and Kroger has pork butts this week for .99/pound. 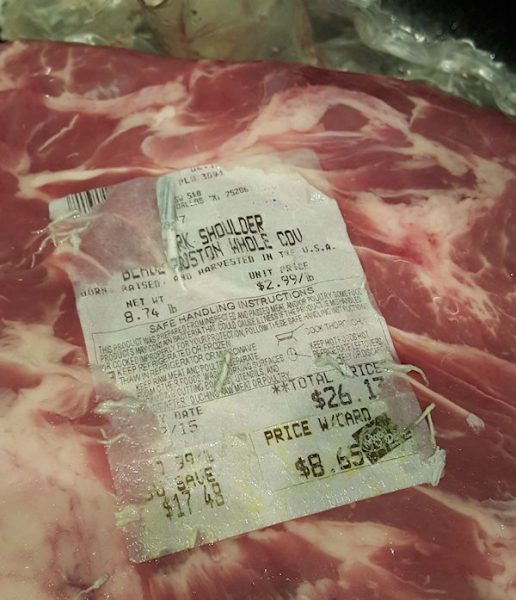 The sale price made a huge difference. Once the butt was deboned and some of the fat was trimmed away, the price ended up being about $1.30 per pound but that’s not very expensive if we like the bacon.

The seasoning/cure mix is pretty much exactly the same as I use for regular bacon. 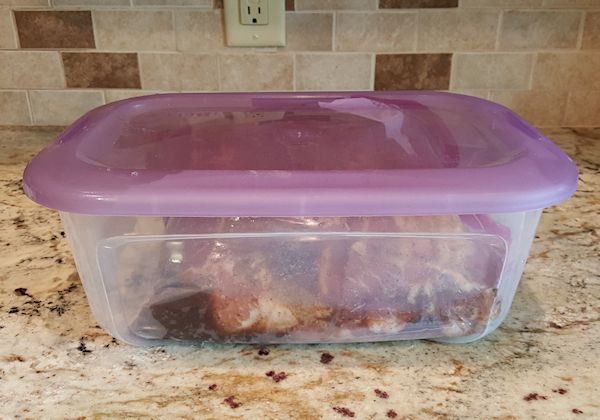 Into the fridge it will go so it can cure. I stick the zipper bag in a plastic tub to catch leaks.  Next weekend, I’ll smoke it, along with the juniper berry and bourbon/brown sugar (two different batches) of bacon that Chad and I seasoned up while he was here. He took half of it home to finish curing and he’ll smoke that at his house. While they were here, I smoked a slab that had been curing and he sampled it and loved it. Who wouldn’t love homemade bacon?

Next batch of regular bacon I make is going to be jalapeno bacon. There’s a little restaurant here that adds jalapeno bacon to their sandwiches and burgers and it’s so good. I’ve been waiting to have jalapenos in the garden and I have plenty now so that will be what I do next!