This is another one of those coincidences that I love. Nicole’s sister has a girl Husky. I’m not sure how they came about having her but either they found her or got her at the pound I think because I believe I remember Nicole saying “Isabel was spayed when they found her”, but I could be totally wrong.

Then, the dog Chad found is a boy Husky. How weird is it that they both have Huskies and neither of them planned to have a Husky? 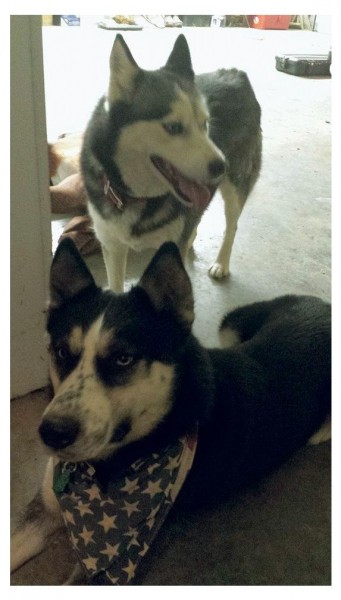 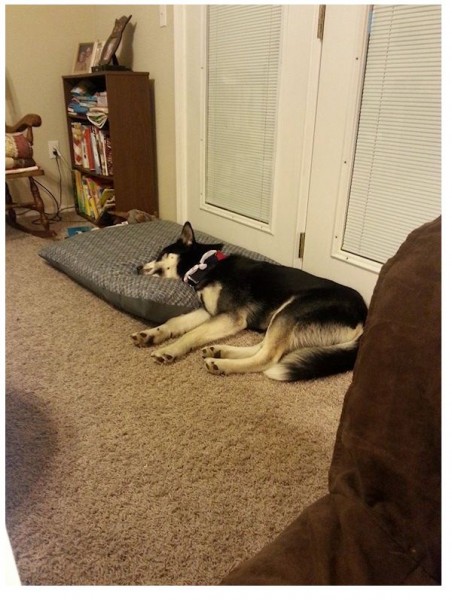 This dog showed up at Chad’s WM one night. It was a weekend night and animal control in their little town doesn’t work on weekends (maybe it doesn’t work in any town . . we don’t even have access to animal control out here so . . what do I know?) Anyway, Chad took the dog to his house to keep it safe til Monday when he could take it to the shelter. Nicole gave the dog a bath and they worked all weekend to find out if someone was missing him. On Monday, Chad got read to take him to the shelter. Queue the tears . . Addie said “But .. but . . I LOVE him!” so they took the dog to the vet to see if he was microchipped. No . . he isn’t. Folks .. if you’re a pet owner, get that done! They got him tested for heart worms and got his shots and now . . they apparently have themselves a dog.

Chad sees the dog as HIS dog, Addie sees the dog as HER dog. Chad and Nicole were talking about what to name him and Addie said “His name is Speck!” Chad was saying . . NO! I don’t want his name to be Speck but Addie insisted so . . his name is Speck. Addie “talks” to my Speck when we’re video chatting but she was less than a year old when they were here and Speck was in the sewing room so if she saw him, it was only briefly.

It was so funny hearing them calling him Speck.