Vince may be feeling a little left out with all my excitement about Christmas this year. I do not feel bad about going to Missouri. I’ve never had one Christmas, one Thanksgiving or one Easter with Addie. I’ve been there for one birthday. I told Vince that when he was working, it wasn’t easy for him to get away, especially during the holidays and I felt like my place was here with him but once he retired, he’s free to do what he wants, go when and where he wants. He did not want to go to MO so, he’s staying and I’m going but I think as he sees all the excitement and fun things and hears Nicole and me talking and giggling and planning, he’s starting to wish he had planned to go. He could still go but when I ask him to go, he says “maybe next year” so  . . maybe next year! 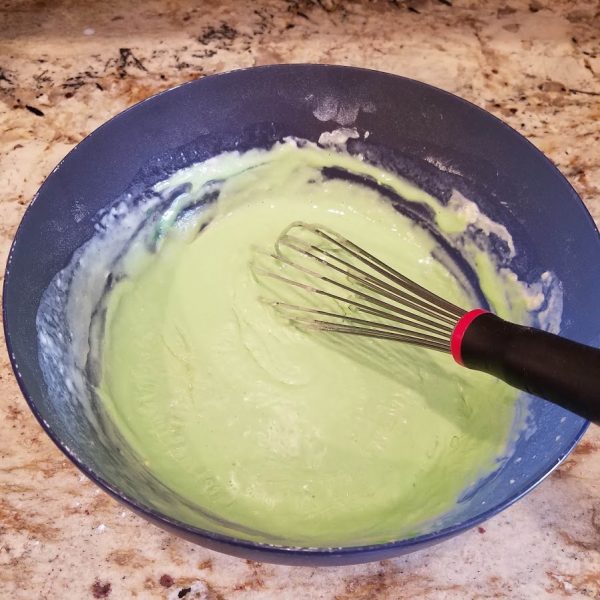 First, I whipped the cream, stuck it in the fridge. Just as I started to make cream cheese icing, his doctor’s office called to see if he could be there in about an hour and 20 minutes. I was saying “I can’t get this all done in an hour!” but he was sure I could. I did but I needed to run over to the shop and get my decorating tips, which thankfully are not in the same box as the cookie molds! I ended up using a plastic bag for the whipped cream and snipping the end off it so that wasn’t pretty. 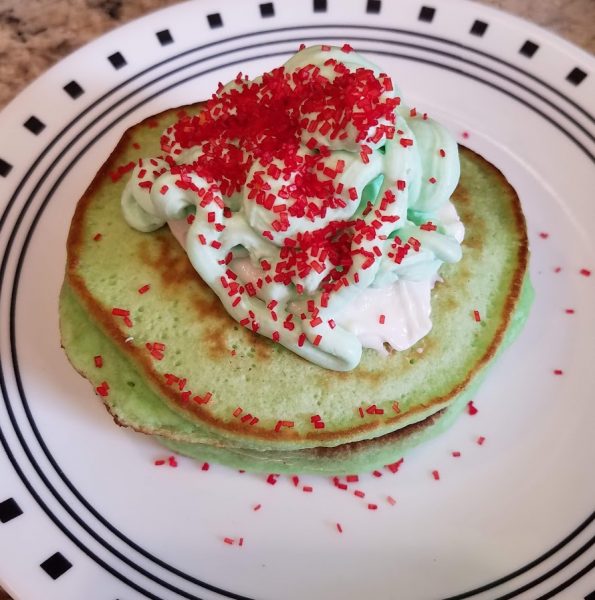 I told Nicole I’ll bring the supplies, I’ll make the pancakes and she can do the decorating. That comes under “fiddly” in my book and I do not like doing fiddly stuff. I made the top pancakes and let them cool before adding the icing. Then I made the rest of the pancakes and stuck the top, already decorated pancake on the pile.

Anyway . . we had Grinch pancakes for breakfast so hopefully Vince doesn’t feel like he missed out on that part of the celebrating. It’s funny because he’s not much of an icing fan so he scraped off all the icing and whipped cream. Tell me again why he wanted Grinch pancakes!  🙂