Yesterday I finished the second pair of mitts and started the third pair. 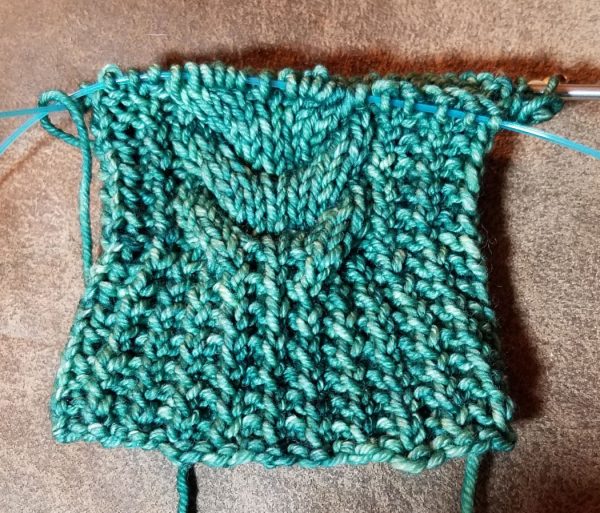 I decided to use the Passport Mitts pattern for the 2nd and 3d pairs to experiment a bit. The first pair of Passport Mitts I made was done with Miss Babs’ Yowza yarn. The tag says it’s light worsted. Ravelry says it’s DK. To me, it’s a light DK or maybe even sport weight.

The second pair of Passport Mitts, I’m using Madelinetosh Work Sock which is supposed to be Sport but those who have used it said it feels more like DK so . . once I’ve done the exact same pattern twice using the two different yarns, I’ll solve this weight issue once and for all!  🙂 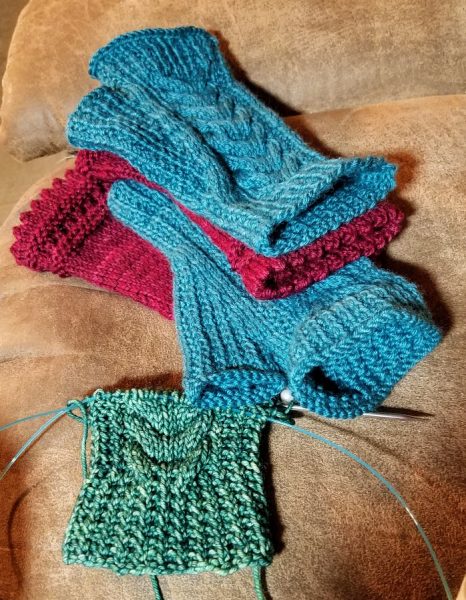 You can see the two pairs that are finished. They’re so pretty!