A couple of times during the early evening last night, we had a mix of snow and rain. It was way too warm for anything to stick. Vince and I figured that was the end of the snow. I had been knitting, he was watching football. Then he watched Naked & Afraid. I don’t get it. First, I just don’t do naked at all. Then to go out with a stranger and be naked and risk being eaten alive by bugs or wild critters and eating the worst stuff ever . . no. I think it’s crazy to even watch it.

Anyway, it was almost midnight when Vince flipped on the outside lights to go out with Rita. That’s when I saw the snow really coming down, squealed like a wild woman, scared Vince and Rita half to death! 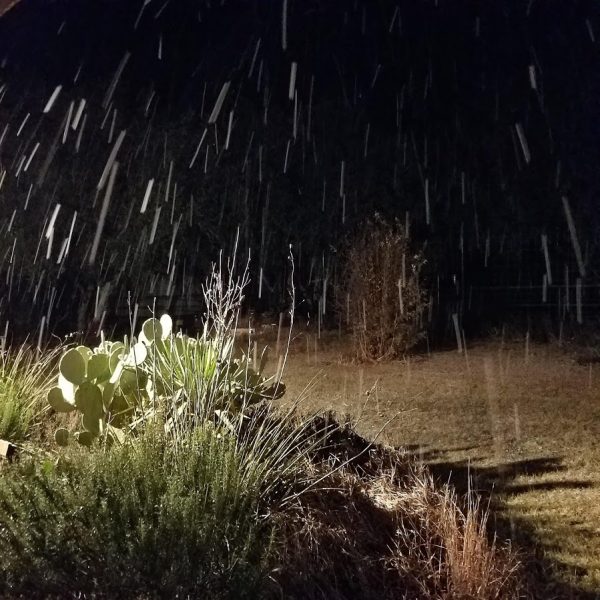 Rita was having no part of it. Can you imagine being blind, never having experienced snow before and you’re out there in the cold with all this weird stuff hitting you in the head? Maybe it feels like rain to her . . who knows?

The wind gusts would come and the snow would be blowing everywhere. I was under the porch and it’s 12′ wide and I was getting hit by snow blobs even up against the house. 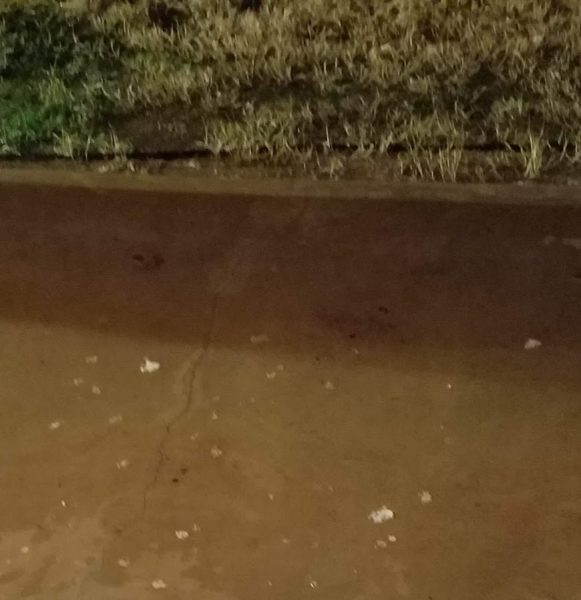 It wasn’t even flakes. It was just big old wet, soggy hunks of snow. Not very pretty but hey . . this is central Texas and it’s snow so I’m happy!