Chad loves duck hunting and yes, they eat the ducks. I never really learned to love duck. I’ll eat it and Chad is such a good cook, he can almost make it where I don’t realize it’s duck but they like them so hunts ducks.

Last time he went out, he had his hunting buddy with him. That girl would spend every minute of her day with her daddy if she could. Looks like she’s make sure she gets her sweet face in the photo! 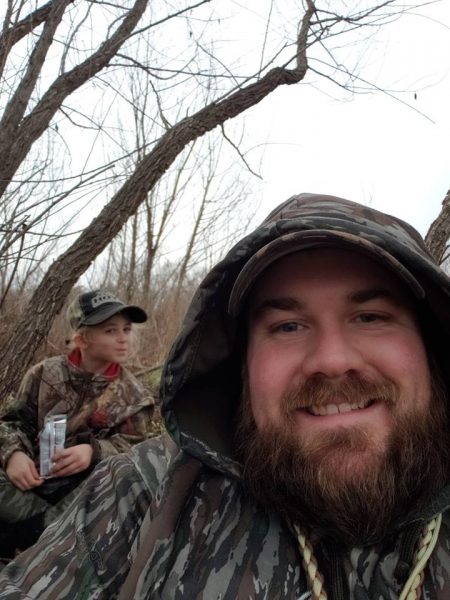 We were talking that night and he said Addie was calling in the ducks for him. I said “Did any come in?” He laughed and said no. 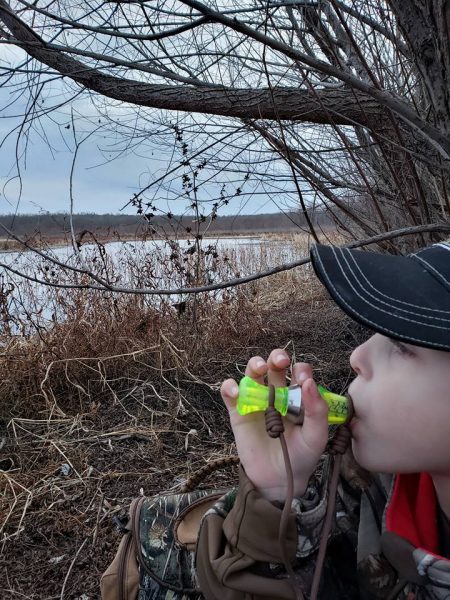 She gets it honest. Some of you may remember this video from 2010. Chad’s room was right off my sewing room and, if he was home, he was messing with those duck calls. He still loves them and makes a few every year. Addie was just barely old enough to blow on them and they’d hand her one to keep her occupied while she was in the car seat on long trips. Payback!  🙂