There’s a tote (or two) that I keep tossing things in to take to MO. I want to show Addie the cowl I made for her teacher before I wrap it so I had already put it in the tote and was just fixing to put Addie’s in there when I realized I hadn’t taken a picture. It was late so . . excuse the bad lighting. 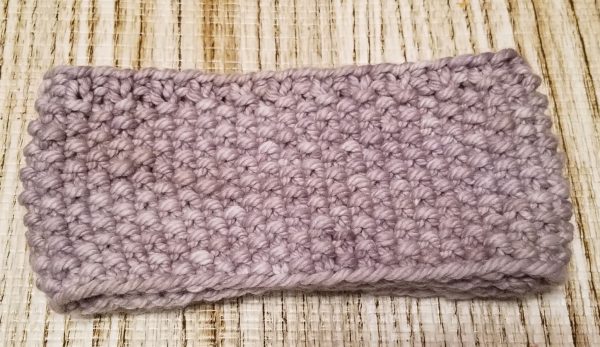 It’s folded in half  . . I guess quarters really. The circumference when it’s open is 38″ so she’ll be able to wrap it twice. I cast on 101 stitches and made it 6″ wide. This is such a quick and easy pattern using the bulky weight yarn.

I submitted the teacher’s cowl and Addie’s cowl for the Winter Wear badge. It had to be something from chunky or heavier weight yarn and use at least 300 yards so, between the two of them, they meet the requirements. Once approved, I will have finished this year’s Yarnathon. I say I’m not going to do it next year but I’m already so excited to see what the new one will be about.