This morning I got an email from a knitting friend and the subject was “Am I Partially Fixed?” I thought . . I didn’t know Amy was broken!  When I read it, she was telling me that bought very little at the ESK Black Friday Sale. I did good too. I know I don’t need any yarn . . ever again but let’s just agree that need has nothing to do with it when it comes to yarn shopping.

Long story but I was looking for a specific yarn back in October and every shop was sold out. I found a shop, I had never used before and probably never will again, and they had the yarn so I ordered it. I waited past the amount of time they say it takes to ship, contacted them, thankfully by email, and asked about it. They wrote me back and said what they had was a mixed lot so they were waiting or more yarn to arrive. Most shops I’ve used in the past would write as soon as I placed the order and say “It’s a mixed lot” and either let me know if it matches or it doesn’t, and ask what I want to do. This shop didn’t. I asked them (again in email) to cancel the order and, in email, they responded that they would do it.

Last week . . the yarn showed up! I had already used a different yarn for the project. I wrote them and advised that this was supposed to have been cancelled. They wrote back that they had no record of me requesting it be cancelled. What? I sent them copies of the email and they said “you can send it back for a refund”.

That meant a trip to the post office and it seemed kinda crazy to send back a yarn that’s a bit hard to get so I kept it but there’s another project I want to do where I could use this yarn, along with another yarn in the same color so, from ESK, I ordered:

Then . . Madelinetosh had a sale.  I’ll do another post with pictures but I am going to make socks using Madelinetosh Vintage (quick worsted weight socks). I love the color but it’s an older yarn and even though ESK has the color still available, it looks way different on the website. I saw this Vintage, that was a bundle of 6 skeins, and with the discount, it’s just a little over $15 per skein, which is a great price for Vintage. 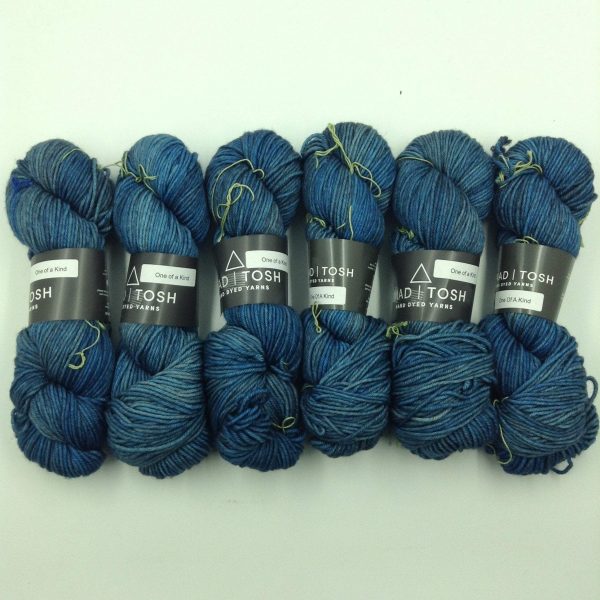 I’m thinking I will use this to make Andrea Mowery’s Weekender.

Also, I’ll probably make Addie’s teachers gifts throughout the years and I was thinking that a cowl/hat/fingerless mitts might be a good gift, or maybe just two of the three but I don’t have a lot of multiple skeins of yarn. I have either single skeins, mostly fingering weight, or I have sweater quantities. I almost always buy an extra skein of yarn when I’m planning to make a sweater but I don’t want to use those extras until after I’ve made the sweater. Madelinetosh has Work Sock, which is actually a sport weight yarn, and some consider it a DK weight. It has 400 yards per skein.

The third one down, Yucca, I got just one skein of that to make myself a pair of socks. The others, I got a couple of skeins and should be able to make a cowl and mitts or a cowl and a hat.

That’s it . . my Black Friday shopping is done. Must better than in previous years.

Vince was going to order a new Chromebook for himself. He has several but the one he wanted had a 15″ screen Then he decided against it because, for the 3D printer, he has to use Windows. The day isn’t over but so far, it’s been a fairly frugal Black Friday at our house.