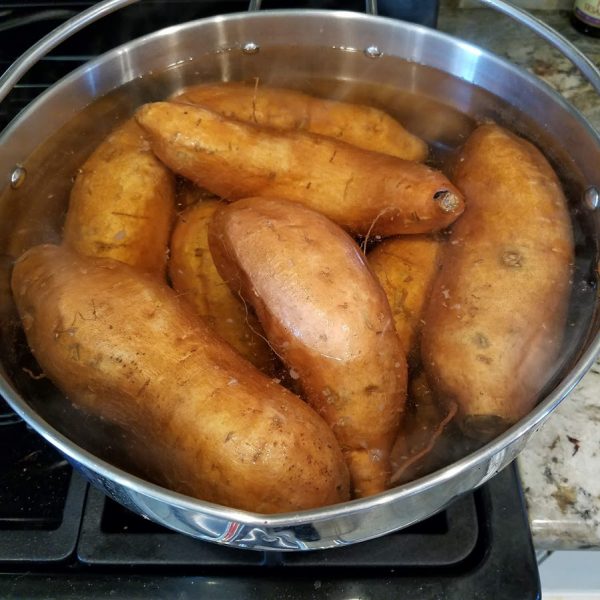 I figure after the peelings and bad spots were cut away, I’ll still get 17 – 18 pies. 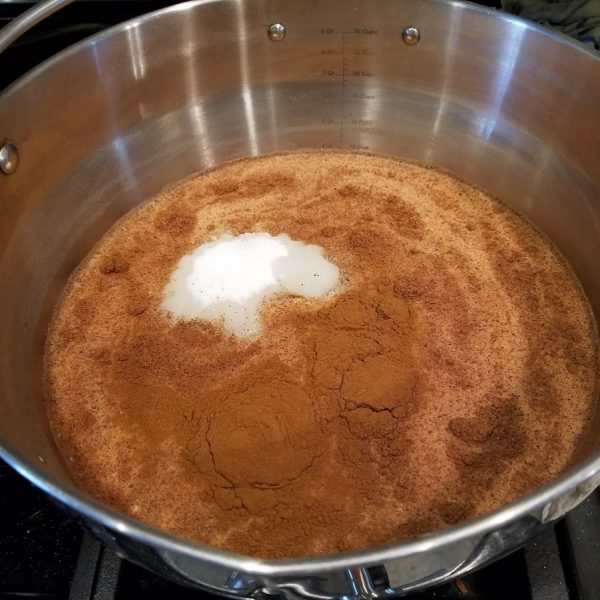 That’s about all I need right there – sugar, milk, cinnamon and nutmeg. I could drink the contents of that pot! 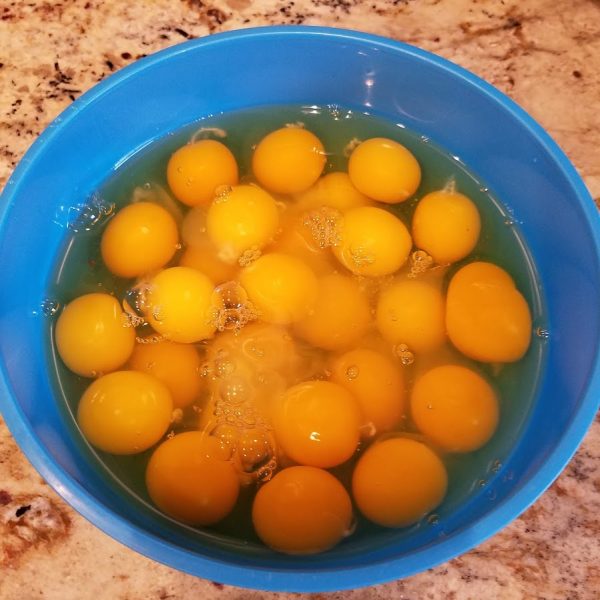 I could have added more but I figured 32 eggs were enough. 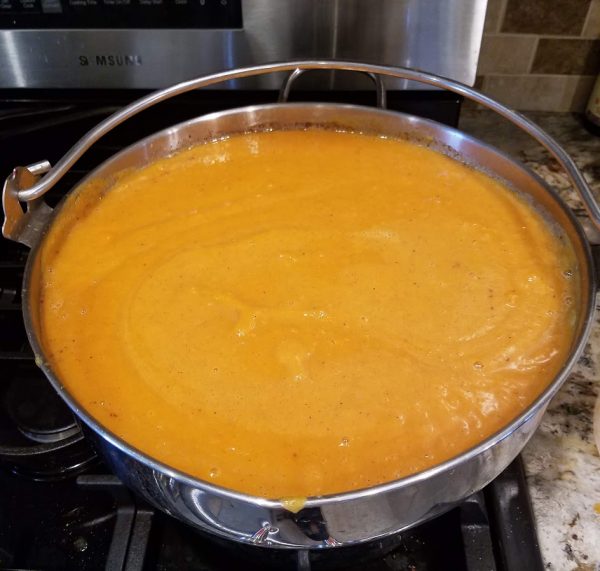 When it’s time to make the pie:

A lady on the freeze drying Facebook group tried this with pumpkin pie. She left out the milk and added it later. She put her powdered mix up in 5 oz. packages, added 2 cups of water and the milk and said it was great. I’m not so sure about that . . that’s a lot of liquid. I think since mine already has the milk in it, I’m going to start with 6 ounces of mix, add water til it gets to the consistency that it was before I freeze dried it, then add the butter, pour it into a pie shell, bake it, eat the whole pie to be sure I like it!  🙂

Once I know exactly how much powder it takes, I’ll put the rest of the powder up in those portions.

I think this is a great idea (but I think most all my crazy ideas are great ideas!) Any time I want a sweet potato pie, all I have to do is open a jar, add water, add melted butter, pour it into a pie shell and bake it. I also have the mini pie pans that makes enough for each of us to have two small pieces of pie. I can figure out how much it takes to fill one of those and put some of the powder in smaller jars with that amount.

I’ll report back when this experiment is done!