I can knit a coat or socks . . most anything . . but do not ask me to make a pom pom. Fiddly things just about send me over the edge. I can plant and tend to a quarter acre vegetable garden but do not give me rose bushes to keep alive. I can cook an entire meal but don’t ask me to make a pretty cake.

The reindeer hat and the Christmas tree hat need pom poms. These things need to be finished and in the mail. Nicole usually makes my pom poms but she’s busy .. there’s so much going on in their family and with work and Christmas. I knew if I sent the hats and the yarn, as soon as Addie sees it, she’s going to want Nicole to stop what she’s doing and make two pom poms and attach them to the hats. I have Clover and Knitter’s Pride pom pom makers so I grabbed them this morning, and said “The first thing I’m doing as far as knitting goes is going to be pom poms!” 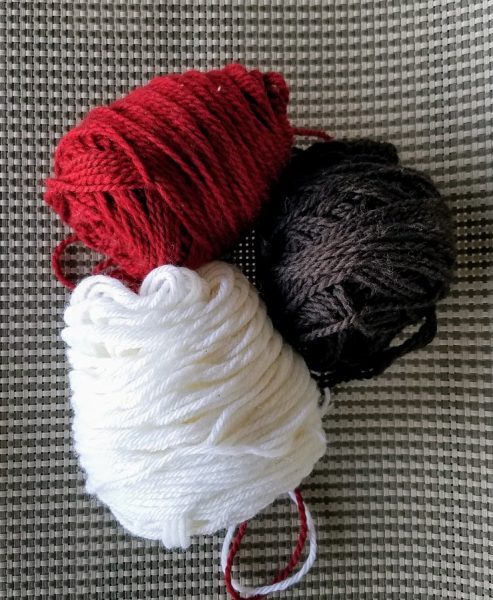 They’re so easy to make with the pom pom makers but, I just get myself all worked up about having to do them. 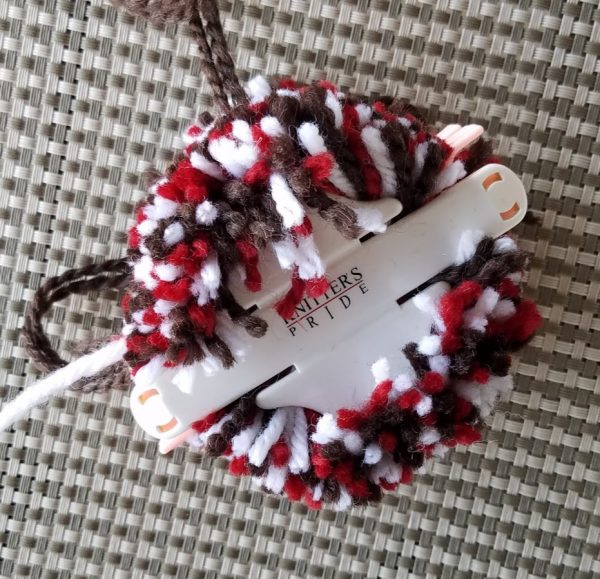 It is now attached to the hat. Rudolph has his red nose and he’s ready to make a trip to Missouri and hopefully, make one little girl happy! 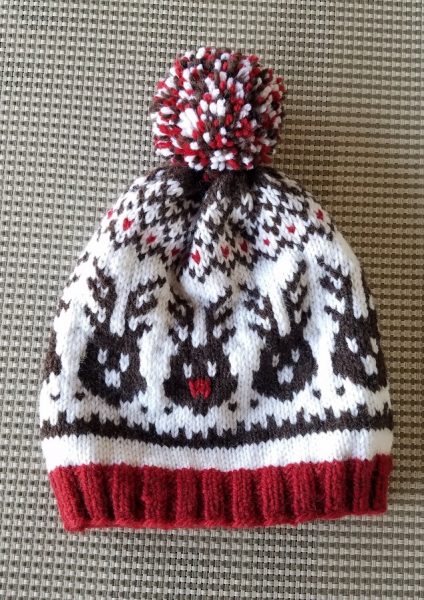