It’s a gorgeous day here. It’s brilliant sunshine and 67° a little after noon. Vince is out working on getting things set up to begin doing whatever he has to do for the mushrooms. He has a plan . . but I didn’t ask about it because I probably wouldn’t understand it anyway. Not even sure what all has to be done but he’s having fun and hopefully we’ll have yummy mushrooms in about 9 months. I may even be wrong on the time but I think that’s what he told me. 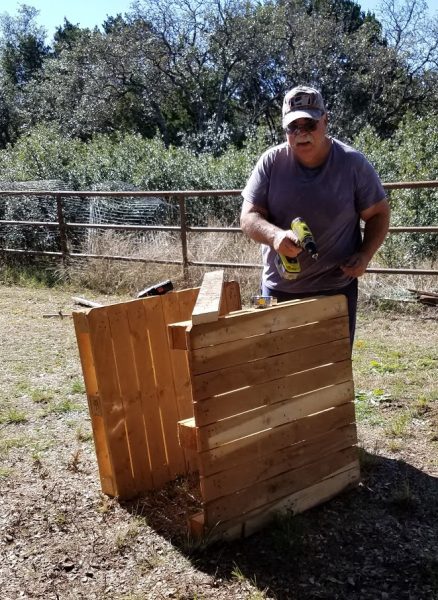 He’s using old pallets and the leftover 2 x 4s that he used for pouring the foundation for the greenhouse. He said he’s “repurposing” and he might even build us some furniture while he’s building. Maybe . . but probably not! 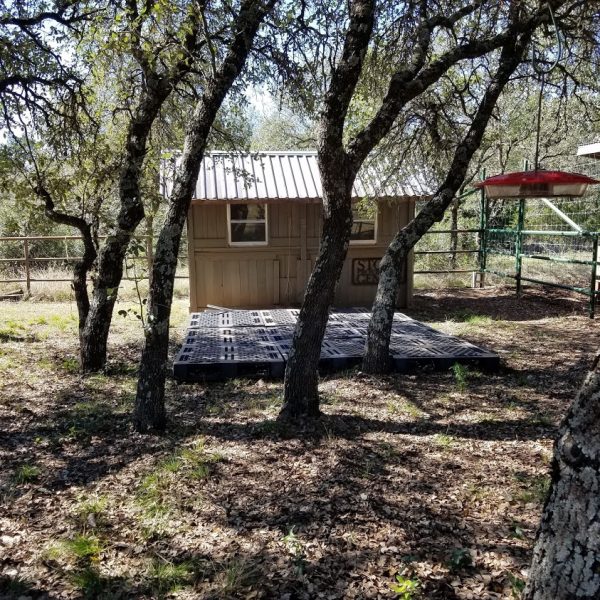 This is where he’s going to stack the logs once he has them plugged with the mushroom plugs. He’s hoping by keeping them off the ground, it will keep the bugs out of them. Good luck with that. Bugs are everywhere here. They need to be growing out of direct sunlight so he has them in this shady area. This is one of my favorite areas on our entire place. There’s another spot I love but I have to drive to it in the RTV. I used to could sit out there and watch donkeys from a neighboring ranch but I haven’t seen them lately. They were very old. They were rescue donkeys the neighbor had taken in so I hope this super hot summer wasn’t too much for them. 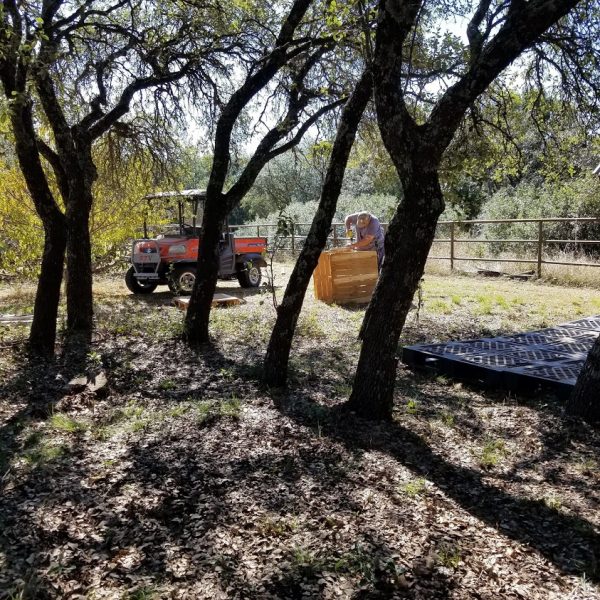 Vince is busy working. I think he only needs to make one of whatever he’s building so maybe by the end of the day, he will have some logs plugged. 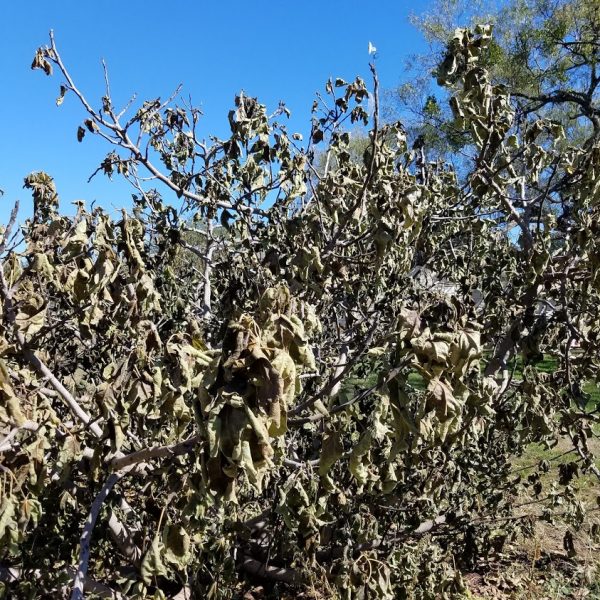 Here’s our sad fig tree. The cold weather was definitely the end of the figs for this year. There were just a handful of figs I’d been watching but they never got ripe. I sure hope that big tree does better next year! 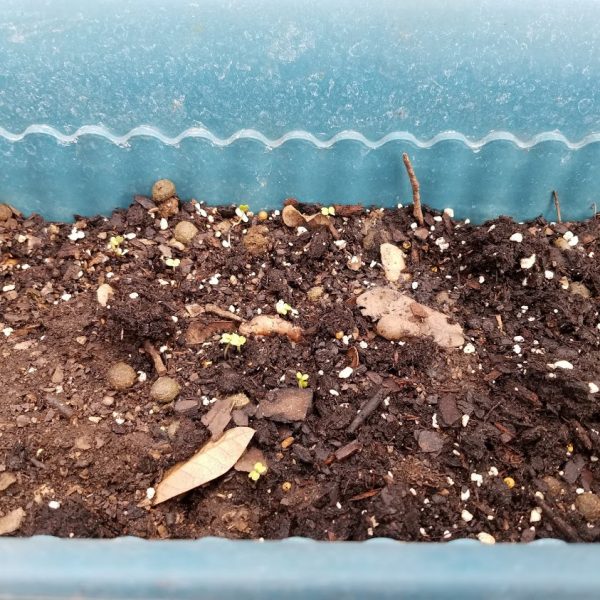 I walked out to the greenhouse. The lettuce I planted last week has sprouted. Maybe next time I go out, I’ll pass by the garden and see if I see any garlic sprouts. I’m betting that doesn’t happen til after Thanksgiving but . . it never hurts to check.