Sit down. Put down anything you’re drinking. I wish Nicole had given me that warning before reading me this list.

Addie had Nicole write down her list for Santa as she was dictating it. 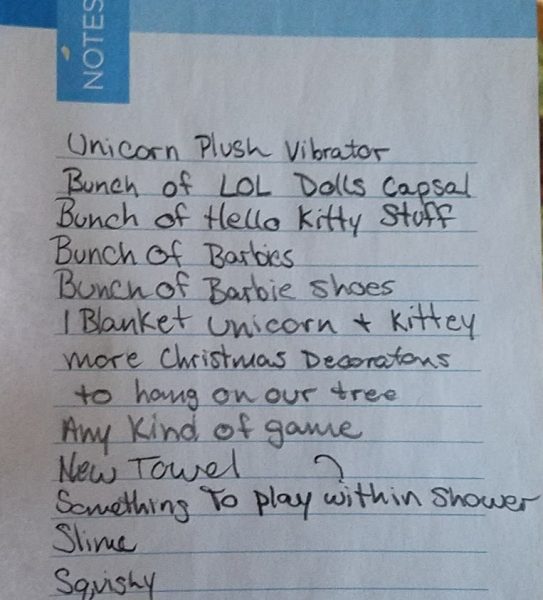 I wonder what qualifies for a “bunch” when it comes to LOL capsules, Hello Kitty stuff, Barbies and Barbie shoes.

Something to play with in the shower? She has a bucket in the bathroom about the size of a good sized ice chest and her shower toys fill that up. That would be about like her Granny asking for yarn for Christmas!