People who live in cities . . Tulsa and Oklahoma City come to mind . . never seem to understand my issues with driving in city traffic. 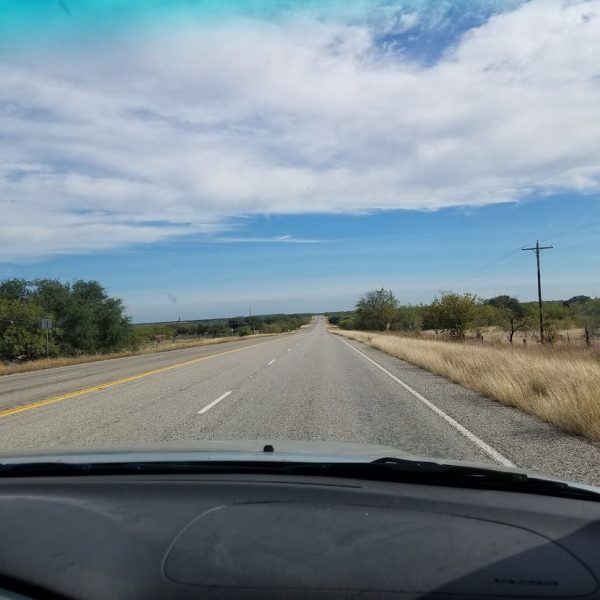 These are the roads I’m used to driving on. Wide four lane highways. This particular road has no shoulder and that’s very unusual for Texas highways. 75 mph speed limits and almost zero traffic. I think there may be a car in this picture or the next picture. 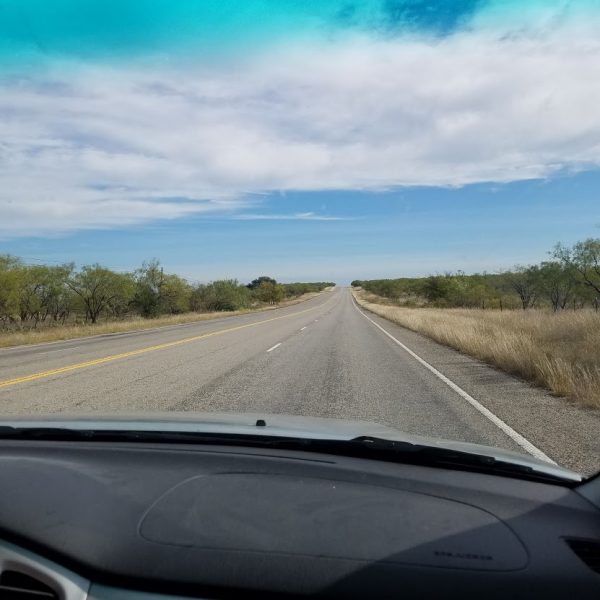 When these traveling conditions are what you’re used to driving, 4 or more lanes on each side with almost bumper to bumper traffic weaving in and out of the traffic flow is pretty stressful. I know there are places with lots more traffic than Tulsa and Oklahoma City but for me, that’s about the worst I have to deal with but I’ll take the backroads of Texas any day.

Texas definitely has crazy traffic – Houston, Austin, Dallas, Midland . . even certain areas of Abilene can be a bit crazy at times . . no, not crazy like I-44 in OKC but crazy when compared to what we’re used to.

I’ll take the back roads of Texas any day and every day and hope for the best on the days I do have to go through bit city traffic.