This is not a political post so please . . no ugly comments about politics.

The polls have closed! I hope everyone runs out and removes the signs in their yards. I hope the nastiness on Facebook stops. I hope those who didn’t get the outcome they were hoping for can move on, support those who won and work to make your area and our country a better place. You don’t have to like the person or agree with everything he/she stands for but spending your time and effort trying to bring them down doesn’t help you or them or those they are representing. No one ever gets 100% of what they want 100% of the time . . or at least, that’s what I’ve been told. We sometimes have to accept that we cannot be on the winning team every time. But, we do not have to destroy those who supported the winners, and in our efforts to do so, let ourselves turn into angry, unhappy people.

I’ve always said about politics  .  . I’m not going to change your mind and you’re not going to change my mind, so why discuss it. I detest all the hatefulness and calling others stupid. Because people disagree, that doesn’t mean one or the other is stupid. I can’t tell you how much I hope things settled down after tonight.

What I will tell you about my views is that I read both the CNN and FoxNews websites every day. I can read two sides of a story and make a determination as to what I believe. I don’t need anyone telling me how I should think. Sometimes, I get a totally opposite view on each website and if it’s something I care about, I’ll go do a bit more research. Most of the time, it truly isn’t worth my effort because those in power are going to do what they want to do but I would like to have information, see how my congressmen voted and then make decisions as to whether they’ll get my vote next time or not.

At this point, I have no idea if those I voted for won or lost. I’m not going to waste time being angry about it. I’m not going to pull my hair out and go into a deep depression about it. In the end, it will all change again with the next election. That’s what’s happened for hundreds of years and the world keeps turning.

This morning as I was driving through town to get to knitting, I saw big signs, little signs, signs from a few that I thought had played a bit dirty. I could feel myself getting angry and then I stopped at a stop light. I looked up and saw this: 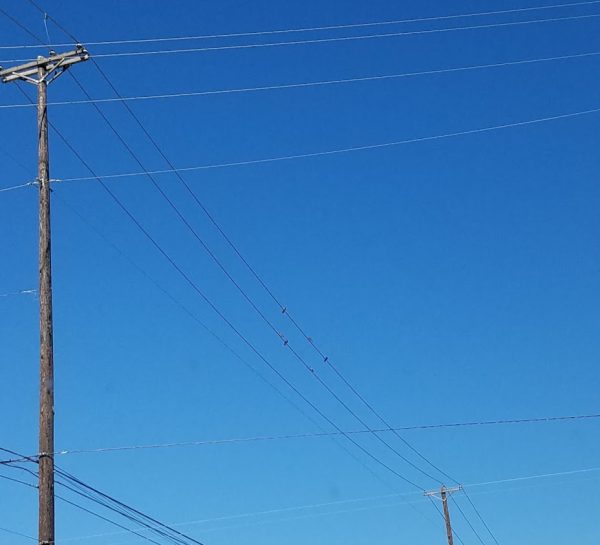 Birds on a Wire

Our TV is off. We aren’t listening to any of it. I was thinking . . suppose we didn’t even know who won/lost in today’s election. Would our world be any different in four years or six years . . or however long the parties have been elected to be in office?

Let’s all be happy and treat others with respect!