This is how my house hunting is going.

Yesterday Nicole and I drove around some neighborhoods looking at houses that might have signs. We found one we thought was really cute. I took a picture and sent it to Vince. Here’s his response. 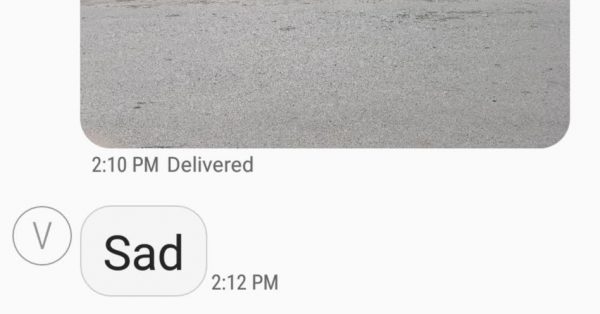 In Vince’s defense, it doesn’t have a garage and it is in town (red tag man). Speaking of the red tag man, I saw him this week out putting out his little red tags. The guy who was here when we lived here is no longer doing it. I don’t know if he retired but Chad had told me someone else was the “red tag man” now. I lived in fear of getting a red tag so I’m hoping we can find something outside the city limits.

Vince is funny. I wonder if he thought I was sending him the picture to show him a bad house. It really isn’t bad. Nicole even said “I wish this one had been for sale when we were looking!”