I’ve had my grandma’s recipe box for years! 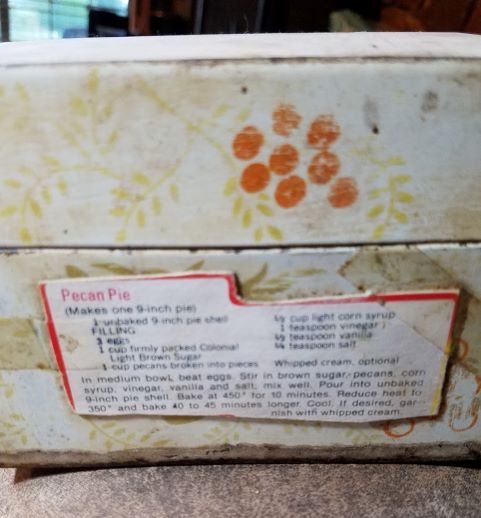 I love that she had a pecan pie recipe taped to the front. I remember her pecan pies!

For some reason, I’ve never really gone through the box carefully but today, I got it down and went through it. There are so many interesting recipes in there and so much “grandma”.

Back in that day, they conserved everything. 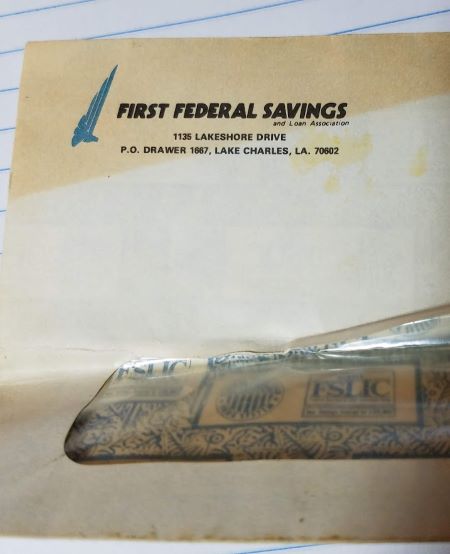 She had recipes written on the back of envelopes. This one wasn’t that old. I can’t remember when the post office went to different zip codes for p. o. boxes but this was when they were different.

There are recipes she cut out of newspapers, the paper is now yellowed with age, and crumbly. 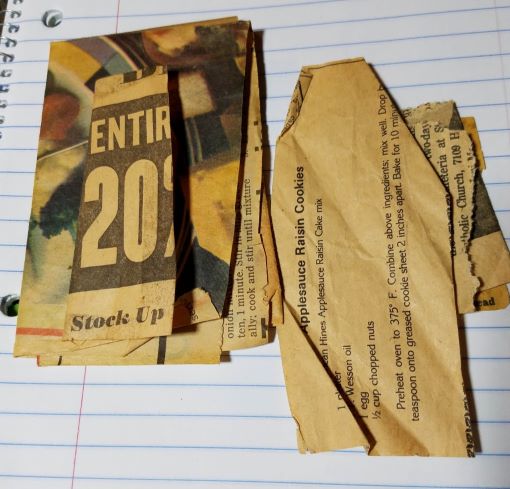 One of the first recipes is her tea cake recipe. 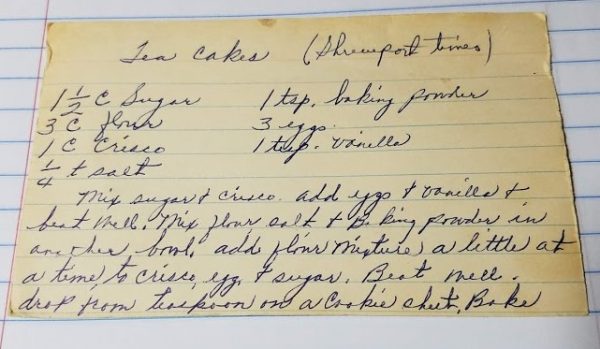 My grandma wrote that this recipe came from the Shreveport Times. I am so tempted to try it because you know how I love tea cakes. 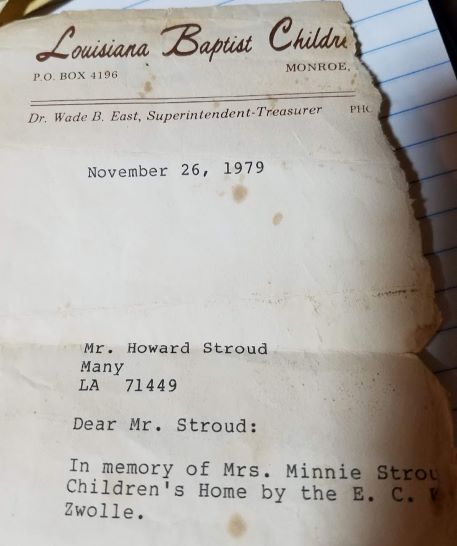 She even has a recipe written on the back of the acknowledgement for their donation to the Louisiana Baptist Children’s Home in memory of my great grandma! How funny is that?

There are three recipes I pulled out. None of these are low carb so I’ll have to save them for special occasions. 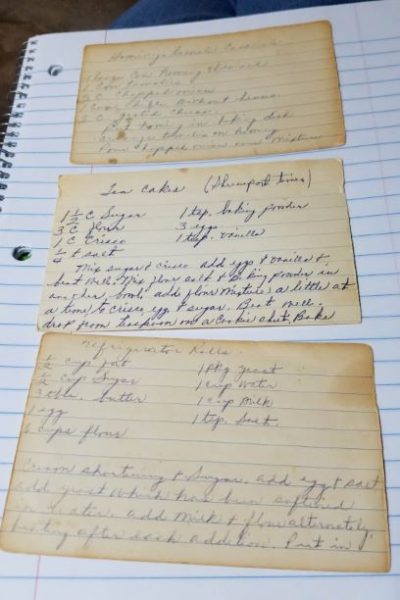 The first is hard to read in the photo but she has it as Hominy Tamale Casserole. Many years ago, I made this recipe often but used corn instead of hominy. The recipe actually calls for canned tamales and that’s always what I used but I have plenty of good Zwolle tamales so I’m going to use those and, I’m using corn. I don’t like hominy too much. I have homemade chili that is canned or freeze dried. So many choices!  🙂

The second one is Tea Cakes, which I can’t make to try and the third one is Refrigerator Rolls. Maybe it’s my nostalgia but old bread recipes seem to just taste better to me. But, right now . . any bread would taste pretty darned good!

Just going through the recipes . . I can see my grandma standing in her tiny kitchen. I can see her little recipe box sitting up in the windowsill. What she wouldn’t give to have the kitchen I have now . . the kitchen I complain about. Perspective!

My grandma was an amazing lady and an even more amazing grandma.