Several readers and folks on Facebook asked about the red corn. Yes, we do eat it. This corn is more sweet than the blue corn or the glass gem corn I’ve grown, but it isn’t as sweet as the corn you think of for traditional corn on the cob to eat. I mostly grwe it because it’s pretty but I will allow it to dry on newspapers inside the house. Then I will grind it (as needed) for either grits or cornmeal.

Here’s the blue corn I grew several years ago. 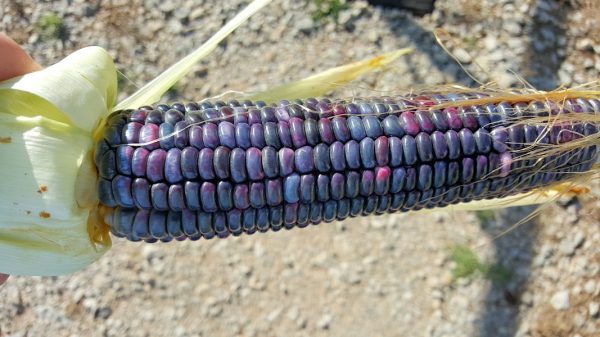 And here’s the glass gem corn. 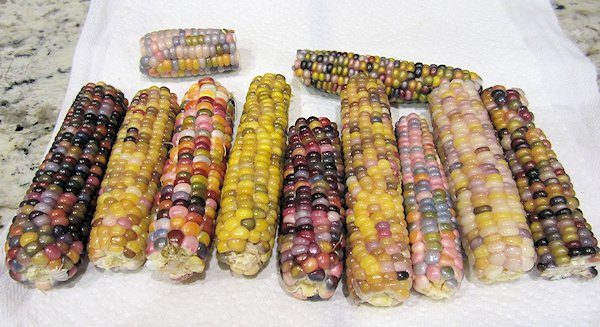 When making salt rising bread, I need whole grain cornmeal (meaning the germ has not been removed). I can sometimes, but not often find it around here. I think I have no plans for the next few days so maybe tomorrow I’ll stir up a batch of salt rising bread. Talking about it makes me hungry for it. My proofer is upstairs in the chop. I may just put a big Rubbermaid tub with a lid out in the front yard. Who needs a proofer when it’s 100+ degrees in the shade? Ughh  . . I have a bad attitude about this heat.

Speaking of heat, the guy we thought was coming to fix the a/c never called. The guy who said he would come this afternoon called and said he would try to get here tomorrow. Even the people who have lived here forever and will never leave this place say that’s one of the biggest problems about living here . . people never come when they say they will to work on things. Sometimes they come late . . sometimes they don’t come at all and you never hear from them again. I’m hoping the guy does show up tomorrow but now that Vince said we’re putting the house up for sale, do I really want to spend the $$ for a new a/c? After all this time of wanting to move, I find it pretty ironic that I’m now the one saying “Let’s stay a little longer!” Life!