I never did find my bagel boards. They’re here somewhere and some day, maybe, I’ll find them. In the meantime, I remembered that Vince has a huge roll of burlap in the shop so he cut off a piece of burlap, I serged the cut edges and washed it. Vince had a piece of red oak and he cut it to lengths the same as y pizza stone and stapled the burlap to the boards. 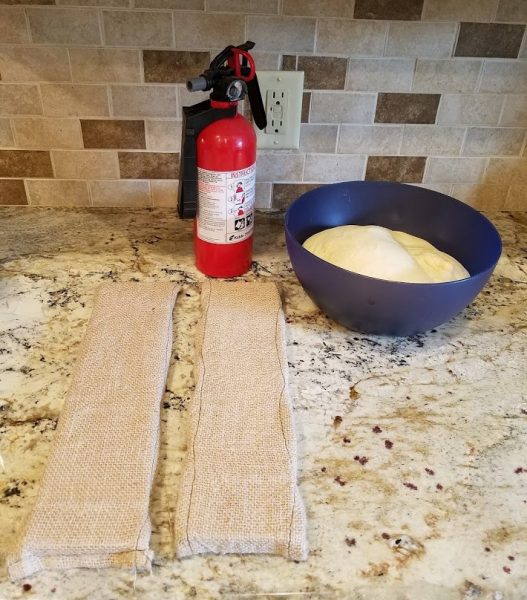 Vince was 100% sure I was going to catch the house on fire, even though I’ve used my purchased bagel boards before and didn’t burn the house down. I keep a fire extinguisher in the kitchen so I got it out and proved to him that I knew where it was, and promised I wouldn’t leave the kitchen while the burlap covered boards were in the oven, even though I had soaked them and everything was wet. Why doesn’t he trust me?  🙂 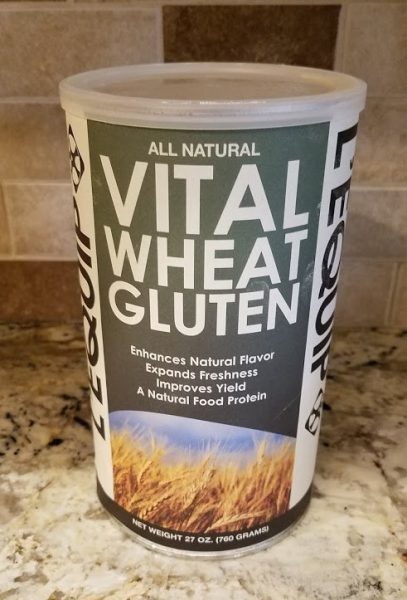 Bagels need a high gluten flour and recipes recommend bread flour but I don’t keep bread flour on hand. I do keep gluten to add to all purpose flour. 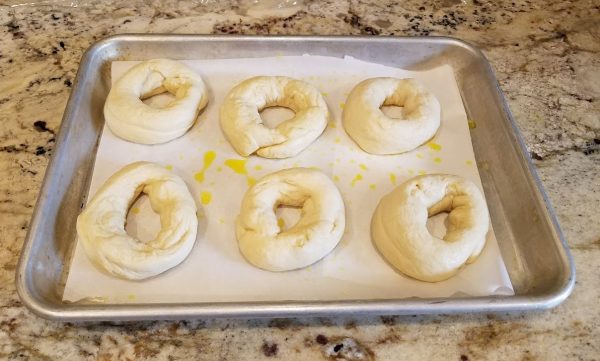 I’ve always made bagels by making a flat disk and poking a hole in the middle but many of the “professional” bagel makers use the snake method where you make like a rope, then roll the ends together. I wanted to see whether the texture came out different so I tried this method but I need to do better of connecting my ends. They tended to want to separate. I’m not sure the texture was different from making the disk and poking a hole but the bottoms do look better because when making the disk, I keep pulling the dough from the top to the bottom which makes the bottom kinda messy looking. I’ll try the snake method again and try to do a better job of sealing the ends together. 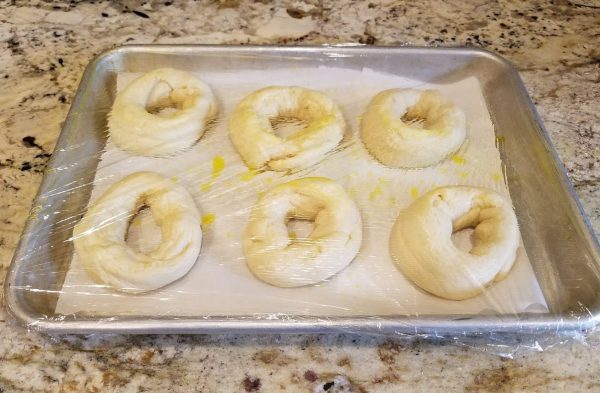 Six bagels were baked yesterday and I saved six to bake tomorrow. I do like the texture better if they spend a day or two in the fridge before baking. 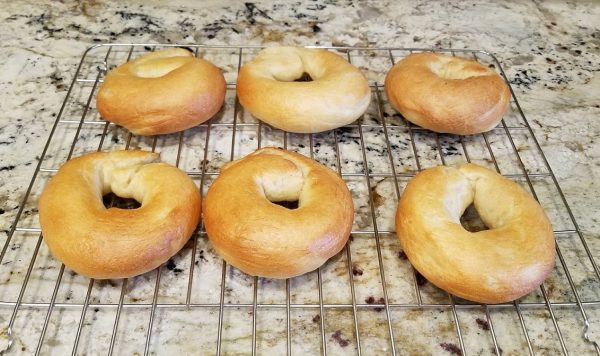 They aren’t beautiful with their bad joins but they were quite tasty. We don’t have a Panera Bread or place around here to get really good bagels so making them is the best way to get the best ones. 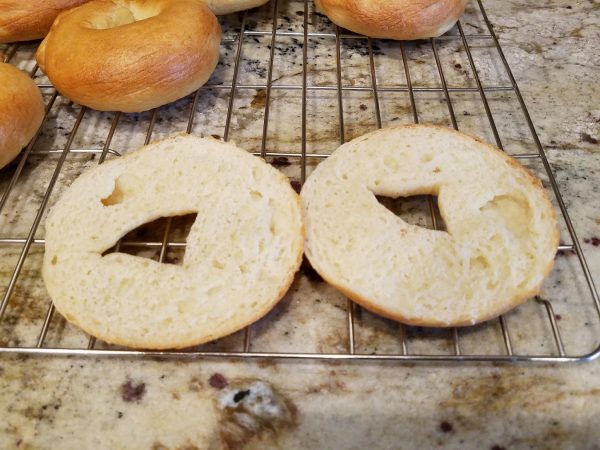 These were good inside and outside . . but I should have let them cool a bit before slicing them. Just could not wait!  🙂