Every year, in conjunction with the Yarnathan, Eat, Sleep, Knit has a huge, year long project. I can only remember the last two projects. I bought the kit for the one year before last and this past year, I thought about doing it but didn’t. It was LOTS of colorwork . . beautiful but too hard/tedious for me.

This year, it’s the Hue Shift Afghan. That’s a pattern I’ve had in my favorites for several years.

ESK announced a couple of days ago that they had kits. At this time, all except one are sold out. If I had to guess, I’d say they’re going to create more kits but that’s just my guess. 100 grams of ten colors, plus 200 grams of the main color are needed. You could certainly make this project using KnitPicks yarns or any yarns you choose – stash yarn, Hobby Lobby Yarn . . but if you want to play along in ESK’s Yarnathon, you need to use yarn that has been purchased from them.

Since I have quite a bit of Cascade 220 (not superwash) and since I really like that yarn I decided to use that. I did have to order some to fill in color gaps but these are the colors I’m thinking of using.

This site is amazing for giving an idea of what the various colors in the various spots will look like.

This is the look I’m going for. 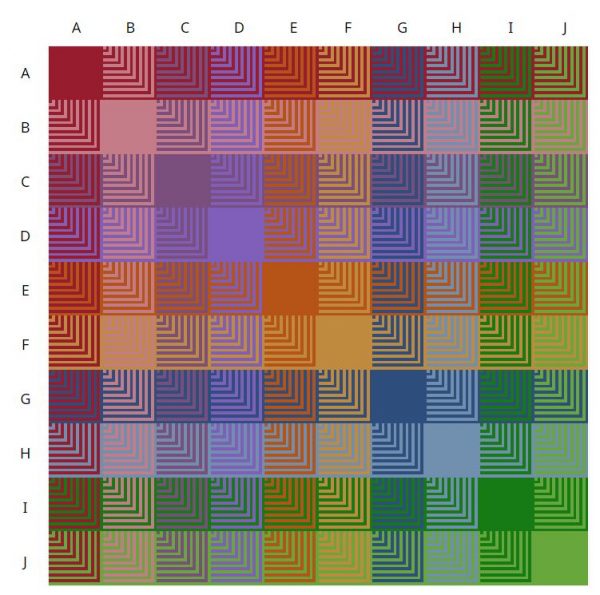 Not too bright, not too boring.

It’s amazing what changing one color will do to the overall appearance. There were several changes made but it’s the color in the H spot that really changes the look. 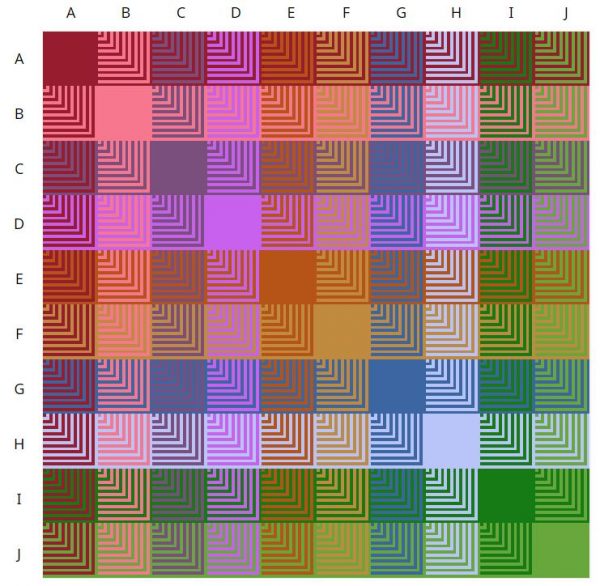 See what throwing a light will do!

Adding every other color as a light gives more of a checkerboard or plaid look, than a shift. 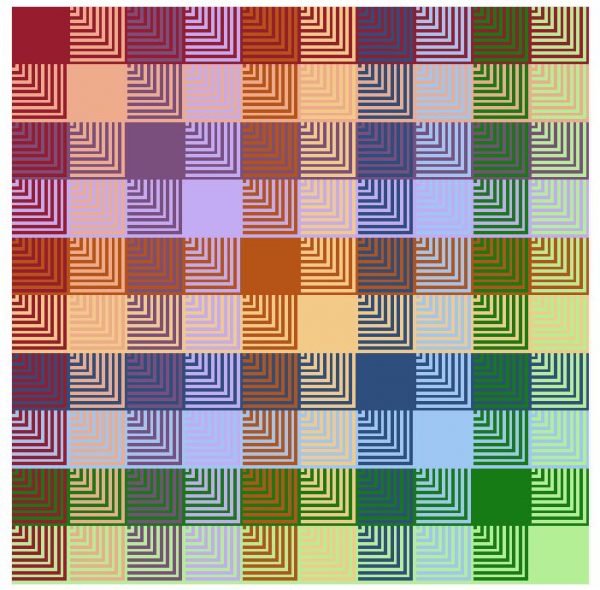 I think the top layout is going to work. I have to dig through my stash and see what I can come up with but I think it’s going to be the Cascade 220 in the earth tones or . . almost earth tones. Color D is the only one that’s kinda bugging me right now but . . I won’t be starting til probably next week at the earliest but I wanted to share this project in case anyone else wants to hop over to ESK and join in the fun.

I do so much better on projects that have a bit of friendly competition and I love how colors can play with or against each other so this is something I think I’ll love doing.

Officially, the ESK Yarnathon doesn’t start til 1/1. Usually she posts the new “specs” at midnight eastern time on 12/31 and more details on the Hue Shift will be available then.