How many times can you take a car back to the shop in a bit more than a week for a tire pressure light? Let me count the times . . SIX!

Tuesday on my way to town with my friend, I looked down and there was that blasted tire light on again. After I got back home, I tried to reset the light. It’s a two part process.

Step 1:
Turn the key to “acc” (do not turn the engine on).
Hold the tire pressure button down til the light goes off.
Turn the key back to off.

Step 2:
Turn the key to “acc” (do not turn the engine on).
Hold the tire pressure button down til the light blinks three times.
Turn the key off.

They checked the tires and all of them had 32 pounds to start with which could have been because it was unbelievably hot yesterday. OK . . leave the tires alone and reset the light. 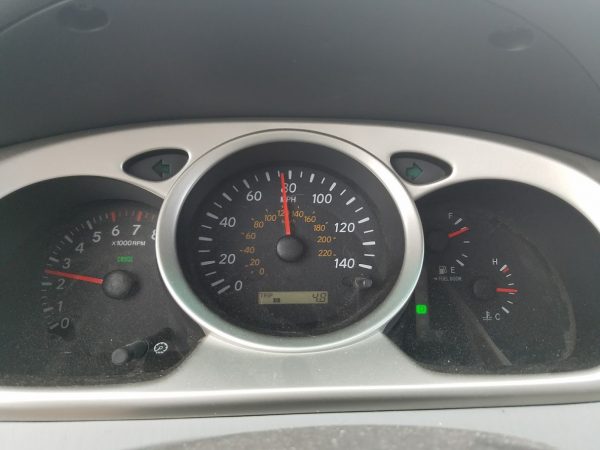 Yesterday I drove to the next little town for physical therapy and the light didn’t come on so I’m cautiously optimistic that we can bury that tire pressure light issue!

Before anyone gets upset . . (1) Yes, I know my dash is filthy. I’m going to clean the entire car this evening after taking Rita to the vet today and (2) the speed limit is 75 (and I love it!).