Some days I look at myself and think about the things I say and do and I wonder . . am I nuts? The answer is almost always a resounding YES but at least I have fun, even though Vince is probably afraid to come home every day because he has no idea what weird idea I may have concocted as my brain works overtime.

You know how I feel about moving closer to Chad. Always in my mind is the thought that we could move back to Missouri and Chad could move away from Missouri . . hopefully not because we moved there but I would never want him to limit his choices or opportunities because we had moved there to be closer to him.

We really need to stay here 2 more years because Vince would love to work at least until I turn 65. If things are going well, he could work longer . . maybe . . but doubtful.

We’ve done so much here. There’s a part of me that doesn’t want to leave. If I had to say, I’d probably say my feeling is 60/40 leave/stay. Texas is not a bad place to be .. it’s hot and we have bugs and snakes but every place has some problems.

When I think about moving back to MO, we would probably be paying for water, for sewer, for trash pickup (none of those things we pay for now) plus we have the solar panels so we would go from paying almost nothing for electricity to paying $200 to $400 per month for electricity. Missouri taxes pensions and social security so that’s another big chunk we would be paying. Honestly, if you look at the finances of it all, Texas is definitely the place to be.

Besides wanting to be closer to Chad, the house here has issues that really bother me.

I suppose the biggest problem is this:  Too much stuff!

Also, now that Vince has more than one (more than two actually) 3-D printers and he wants to play with those, there’s no place to do that.

So, today, another idea popped into my head. What if we built another metal building, made part of it a garage, part of it a sewing room . . not attached to the house but just off the porch . . like 10 steps off the porch? The current sewing room could be used for Vince’s “office/playroom”. We could put exercise equipment in there. We could use it for playing games and working puzzles. 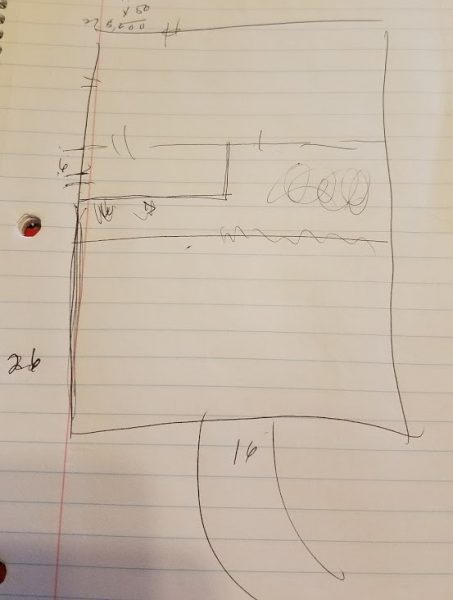 I think it could work quite nicely. Vince would have a nice room where he could work and escape. It would put his “inside” room right there by his shop.

The deciding factor will be how much it costs.