Nicole told me that when they moved, they found a lipstick pencil I had bought and never used and left there. Addie decided it would be hers. Today, the sitter sent Nicole this picture and said “I think Addie has a love for trash cans!” 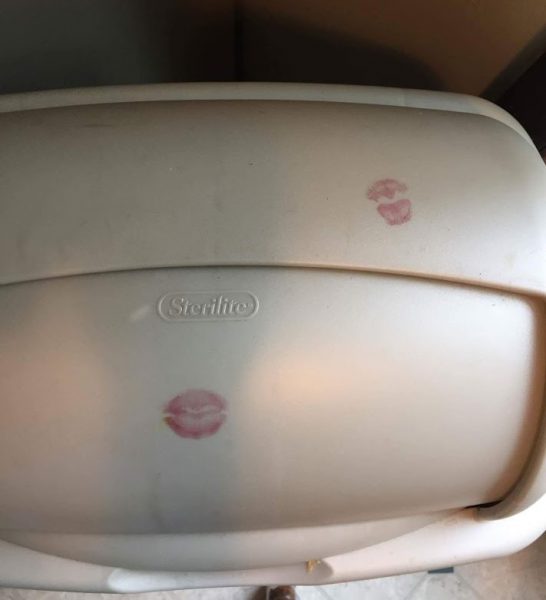 I think she just saw something white and decided . . opportunity!

Nicole was saying the other day that Addie could put the lipstick on without a mirror and do better than Nicole could. Addie has always had a thing for chapsticks and she is rarely without one and it’s been that way since she could barely walk. She called them “stickies” and if she didn’t have one in her pocket or close by, she was on the hunt for it. I suppose practice makes perfect and that’s how she’s gotten so good at putting lipstick on so perfectly.

I told Nicole that I wish we could save that trash can lid forever. Such precious little lips!!