We left this morning about 9 to go to San Angelo to have my two root canals re-done. It was a beautiful day for a road trip. 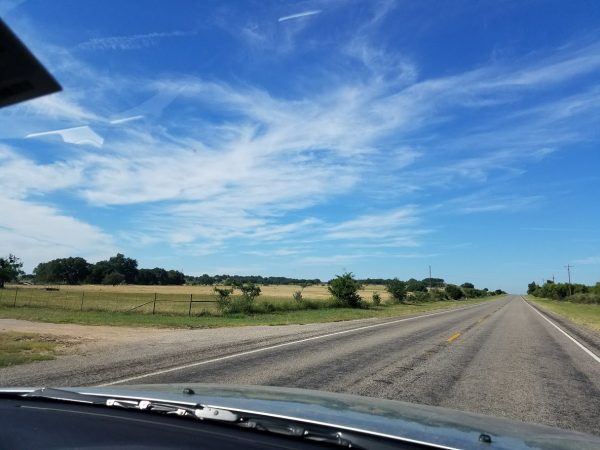 It’s so nice to go through wide, open space and farmland instead of cities and traffic. 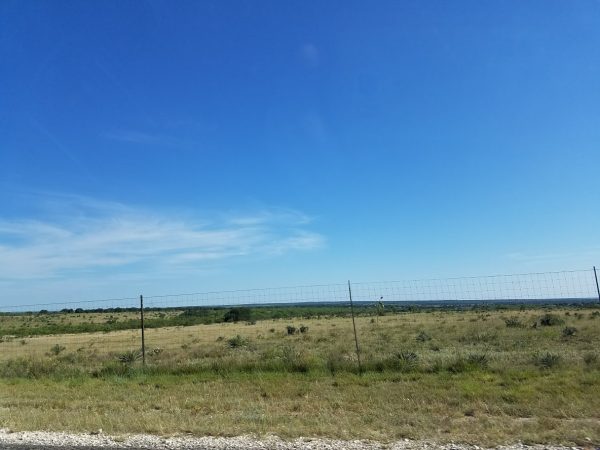 We got there in time for an early lunch and we ate at an Indian restaurant Vince had found. They had a buffet and it was very good and it was nice to be able to sample a variety of dishes. Vince likes Indian food more than I do. I have my favorite Mexican restaurant I like when we go there so, on the rare occasions when we go to San Angelo, we may have a problem with restaurant choices. 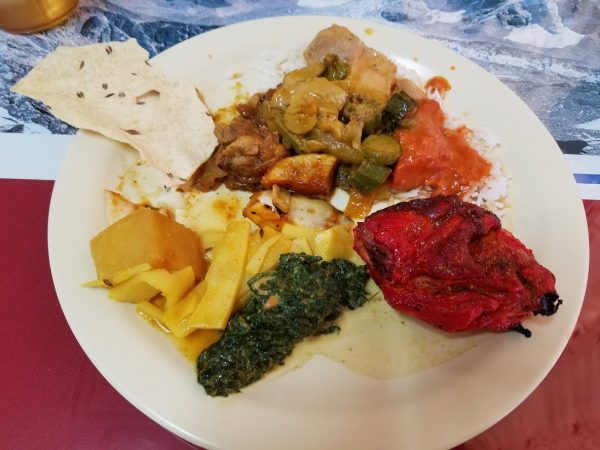 The only thing I needed from San Angelo was snake boots. I was hoping Academy would have them but they didn’t have any women’s snake boots and only had way larger than I needed in men’s sizes. We found another sporting goods store and they had ladies’ snake boots but they were slip on . . I mean . . work like heck to get your foot down in there and don’t ask me how I’d ever get them off by myself! My injured right foot doesn’t bend well enough to be able to get a slip on boot like that on so I came home and ordered a pair of zipper snake boots from Bass Pro online. Darn . . I was so hoping to be able to war snake boots in the garden tomorrow.

Vince shopped while I was in the dentist chair for 3 hours! Several times I had to laugh – I was so happy to be having root canals instead of shopping. It’s bad when you’d choose a root canal over anything!

After I was done at the dentist, we headed home and planned to stop in Brady and grab a quick dinner but I remembered a blog reader had told me about a place in Melvin — Jacoby’s. So, we went there. 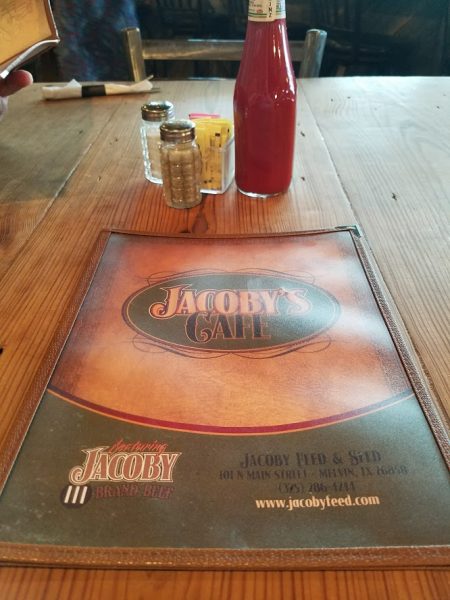 I wasn’t terribly hungry after eating a big lunch but their burgers and steaks come from beef they’ve raised there on the ranch and I couldn’t say no to a good, homemade, home grown burger. 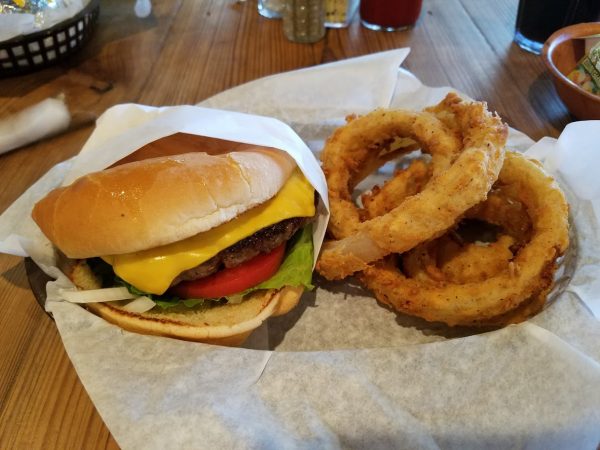 I am pretty sure that was the best burger I have ever had . . EVER! That is a burger I’ll be wanting again and again but, it was a bit over 60 miles home from there so we won’t do it often. It isn’t that 60 miles is that far, especially with mostly 75 mph speed limits, but in the summer, we just don’t have that much time to spare – too much work to get done; and in the winter, it gets dark so early but I’m sure we’ll figure out a way to eat there again.

I’m not real optimistic about the teeth. They’re not fully “awake” yet and I know they’re going to be sore and angry for a few days but I can already feel the same pain I felt before.

The amazing thing about the whole trip is we were gone almost 10 hours. We put puppy pads down all over the house and neither dog used the bathroom inside. There was a time when I couldn’t turn my back on Rita without her having an “accident”. I seriously didn’t know if she was going to get to stay because of her bathroom manners but she has really turned into a very trustworthy inside dog. We don’t leave them for more than a few hours very often but it’s so nice not to come home to a mess!

I’m going to knit for a while but I’m betting tonight will be one of the rare nights I go to bed early.