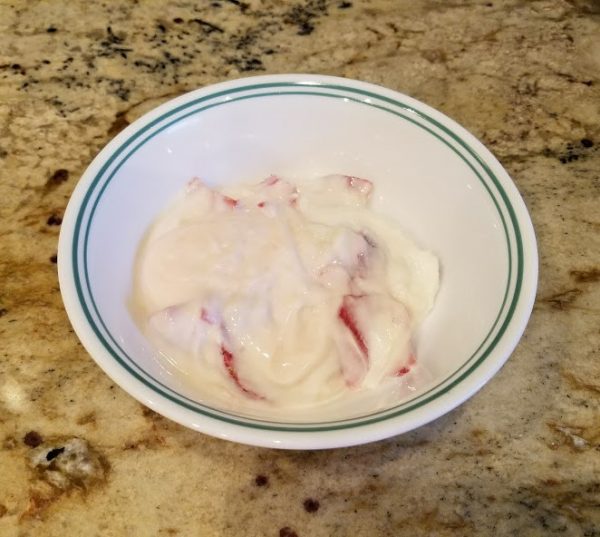 I began making yogurt in 2009 and for eight years, there’s rarely been a time we don’t have homemade yogurt in the fridge. I’ve tried various methods – ice chest, crockpot, oven, heating pad, Cuisinart yogurt maker and now the Instant Pot. The Instant Pot is by far the easiest. The Cuisinart was easy too but it doesn’t make much. In this blog post from 2014, I pretty much summarized making yogurt and there are literally hundreds of websites/blogs that talk about making yogurt. Even if you think you don’t like yogurt by itself, you should try it just to see how yummy it is or how useful it can be to have around the house.

The funniest thing happened recently and I wish I had thought of this several years ago. We love Noosa yogurt and am so happy to be able to buy it here. My friend used to bring it to me from Houston but United has quite a few flavors and every now and then I buy it because it’s so different from what I make. It seems every “recipe” of storebought yogurt has a different taste. I’ve never seen a Noosa plain yogurt or I’d be using that for my starter. I love the texture. It’s like melted Blue Bell ice cream!  So creamy!  🙂

When making your own yogurt, you add a culture to the milk after it’s heated. You can buy a powdered culture, you can buy plain, unflavored yogurt in the store and use that or you can save your own from batch to batch and use that.

Through the years, I’ve tried about every brand of unflavored yogurt I could find and we liked Siggi’s. Even when saving your own culture to use with each consecutive batch, it is adviced to start with a fresh culture every month or so. I usually just keep using the same starter over and over and have never had a problem. I don’t see why they say add a fresh one. In my mind, it’s kinda like sourdough and you can keep that going for years and years. But, I never re-use my starter if it’s older than about 10 days. It’s rare that I go 10 days without making yogurt but recently, maybe after my trip to Louisiana, I had to get a new starter and I was very disappointed to find that United is no longer carrying plain Siggi’s. All they had was vanilla flavored. Oh, no! What was I going to do?

Vince said . . just get the vanilla and after a few batches, you probably won’t even taste the vanilla so then I thought . . I could use Noosa and after a while, the flavor will be diluted enough that it will taste like plain yogurt. 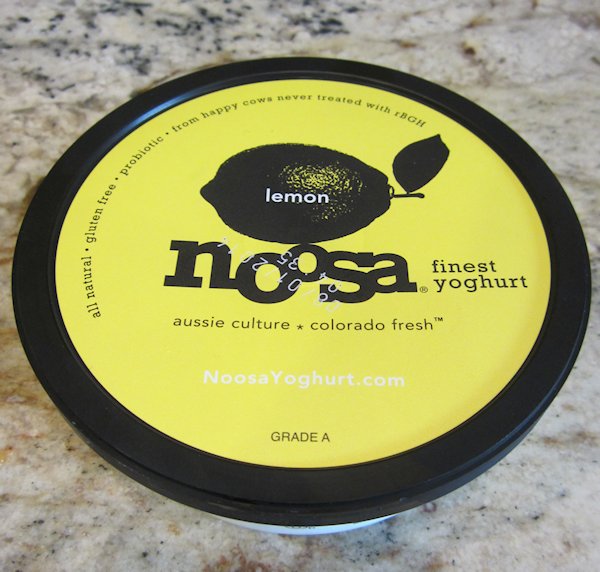 If you can read the date on the Noosa carton, don’t panic – it’s an old picture, from 2014 I think. I really did use a new container and not three year old yogurt!

The next batch I made, I tried to pick out about 1/4 cup of white yogurt that didn’t have the lemony goodness mixed in with it and I used that for my starter. On the first batch, I could not taste any lemon but yet it had that creamy, smoothness I’ve only found with Noosa.

So, if you want to make your own yogurt and if you have a brand you like because of the texture/tartness, you can use that brand so long as it has live cultures. 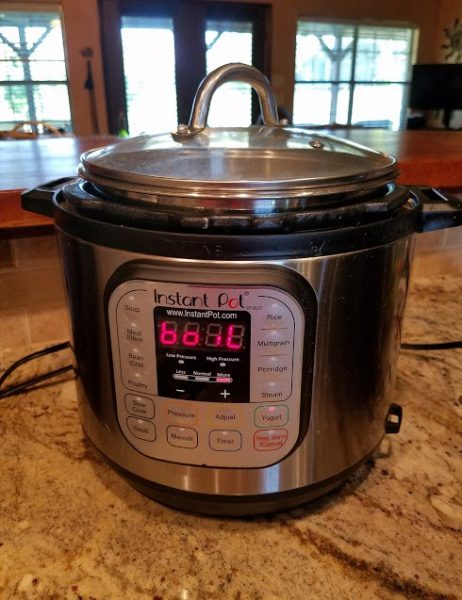 If you’ve never made it, you won’t believe how easy it is to make, especially with the Instant Pot. The 7 in 1 has the “yogurt” button. Really . . it could not get any easier! For those without an Instant Pot (yet), I’m going to do a simplistic list of what you do:

Really, that is exactly how simple it is and all those words make it seem way harder than it is.

About step 7 – the default setting on the Instant Pot is 8 hours.  You can adjust it down to wherever you like it. I wouldn’t go less than 5 hours. The longer it processes, the more sour the yogurt gets. Eight hours is not terribly sour, probably similar to most storebought yogurts. I like mine after 7 hours so when I hit “yogurt” (Step 7), I also hit “adjust” and go down from 8 to 7 hours on the readout.

I prefer Greek yogurt so I use this strainer. I’ve tried several others but like this one a whole lot better than any of the others I’ve tried.

This morning I had the stove going with getting beans ready to can before I ever had breakfast and then I thought . . what am I going to have for breakfast? The stove is already taken. 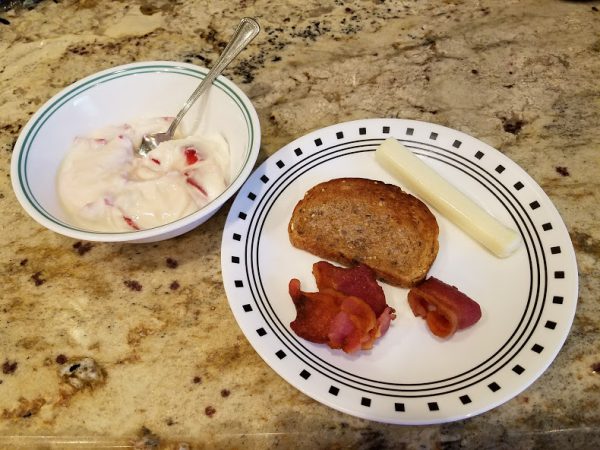 Yogurt with strawberries and a little honey for sweetener, bacon cooked in the microwave, wheat toast and a cheese stick. Not bad! In fact, I might have the same thing for dinner!

We use the yogurt as a base for salad dressings, instead of sour cream on baked potatoes . . really, I hardly ever buy sour cream any more. The Kitchn has a great article about substituting yogurt for sour cream.