Most days I get between 10 and 14 eggs per day. One day last week, I got 6 eggs but when it happens just once, that’s no cause for concern. But .. the next day — 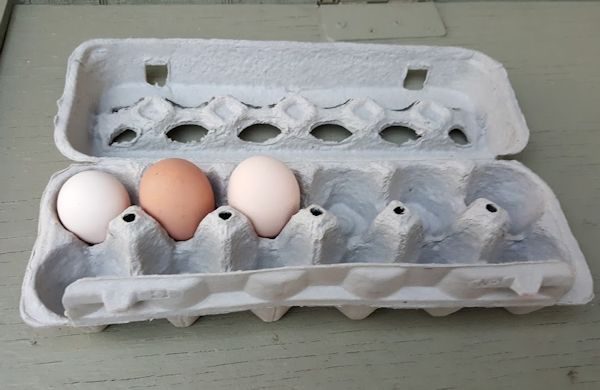 — I got three eggs! I said to myself . . those hens are hiding their eggs and I have to go searching to see what I can figure out but then I got sidetracked.

Later, I was out watering the fruit trees and there’s a sand pile from some project and I noticed a hen over on the sand pile so I walked over there and sure enough, she was sitting on a nest. I made her move and found this: 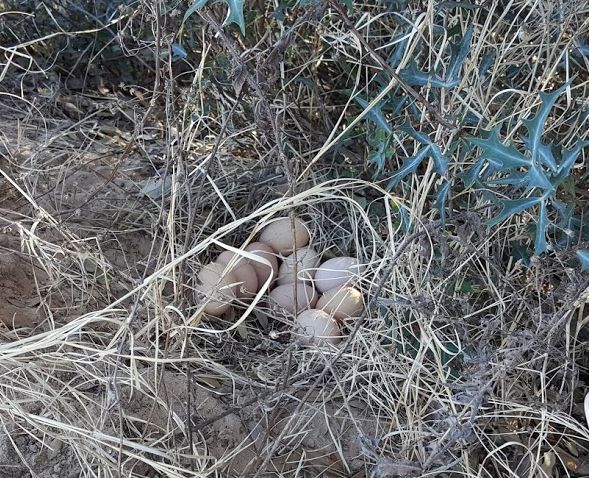 Eggs in a Nest

Nine eggs! I let her get back on the nest since I wasn’t sure how long she’d been sitting on the eggs but I knew it wasn’t safe for her to be out there at night. I explained to Vince that we had to move her inside either the coop or the greenhouse. I preferred the greenhouse since I could keep a closer eye on her and wouldn’t have the other chickens laying additional eggs in her nest. He told me . . she is not going to sit out there by herself at night! Oh . . what does he know about chickens? Of course she isn’t going to leave her eggs unattended. I got a box and cut out an opening, filled it full of shavings and waited til almost dark. Vince went out with me to help . . one of us would hold the hen while the other grabbed the eggs and put them in the box. Then we would transfer it all to the greenhouse. It’s not too early to be thinking about snakes so I was going to hold then hen while Vince got the eggs!  🙂

We got out there and . . no hen! She had left her nest and gone into the coop. Since it was almost dark, we just left everything alone and went back to the house.

It was early afternoon when I went out to get eggs and there were just a couple in the coop. I walked out to the abandoned nest and found more eggs. 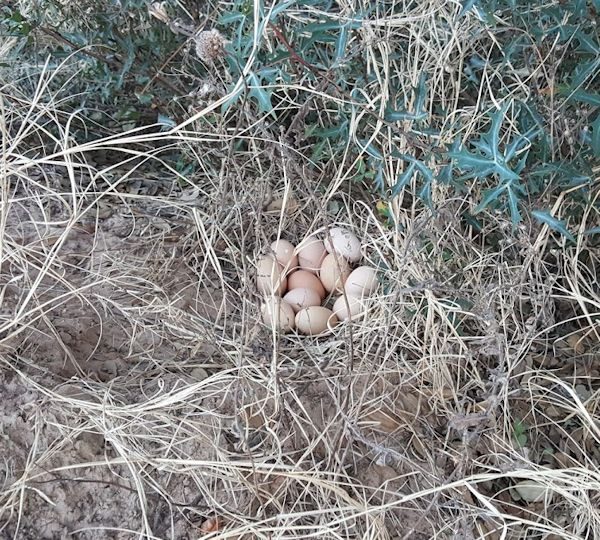 Apparently the hens didn’t get the message that there were not going to be any babies  .. go back to laying in the coop!

I threw out all those eggs and placed the first thing I could grab in the nest as a deterrent. 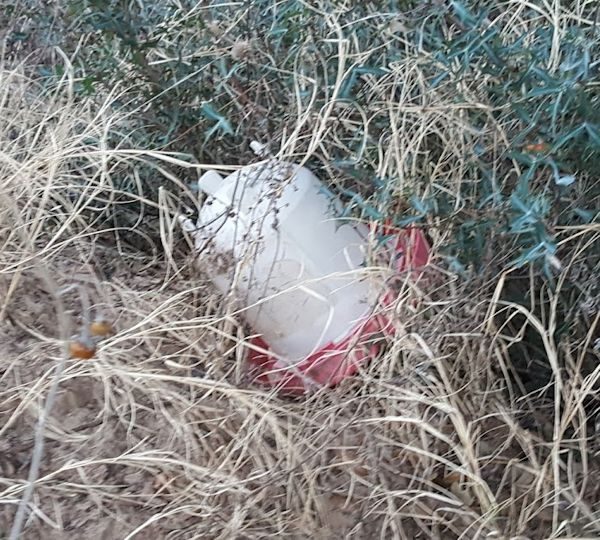 It worked. There are no more eggs in that nest but it’s just a matter of time til they figure out another spot to nest . . somewhere that the mean old lady won’t come and chase them off the nest and steal all their eggs but eventually, I will find them!

I don’t mind if a couple of them sit on a few eggs but I don’t want 5 hens each hatching a dozen babies!