There’s a deli type place here that uses jalapeno bacon on most of their sandwiches and it’s so good. I had asked her about buying some of it from her and she told me how much she pays and I said “no, thanks!”

I knew I could make my own and a couple of summers ago, I grew tons of super hot peppers, dried a lot of them and then used the powder to make jalapeno bacon. We’ve been out of it for a while. I still have pork bellies and I still have the powdered pepper buy I just haven’t gotten around to making any. 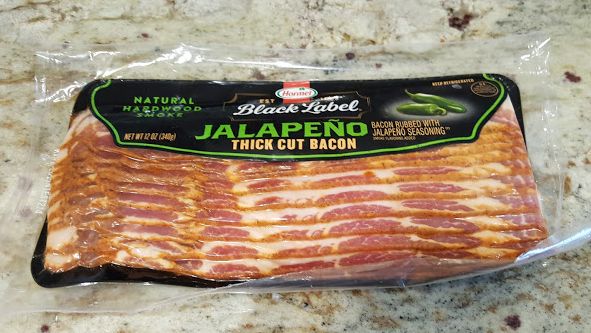 The other day when I was in the store, I happened to look over at the bacon while passing and there it was jalapeno bacon.

Yesterday I made tuna salad and we had sandwiches on homemade sourdough bread, avocado, homegrown (greenhouse) sliced tomatoes and jalapeno bacon.

It was delicious . . if I do say so myself. Vince said “It’s better than any sandwich we can buy around here.” I think he liked it.