Why is it that the things that aren’t easy to get are the things we want most? I love lobster and I’ve told Vince for years that some day we’re going to go to Maine and stay til either I’m sick of lobster or we can’t afford them any more.

I used to order live lobster from Clambakes to Go. We started doing that before Chad was even born and the last time we did it was when Vince and I spent Christmas in a cabin in Georgia probably in about 2000. I don’t even know why we stopped ordering from them but their big item was kind of a Granite Ware looking container and it contained 2 live lobsters, potatoes, corn and maybe clams or mussels . . I can’t remember. You added beer or water and steamed it all right in the container.

When looking back on an old blog, I found in June, 2006 where Chad and I decided we wanted lobster. Vince must have been out of town. We went to Walmart where they had a live lobster tank. Does anyone’s WM still have that? Ours doesn’t. 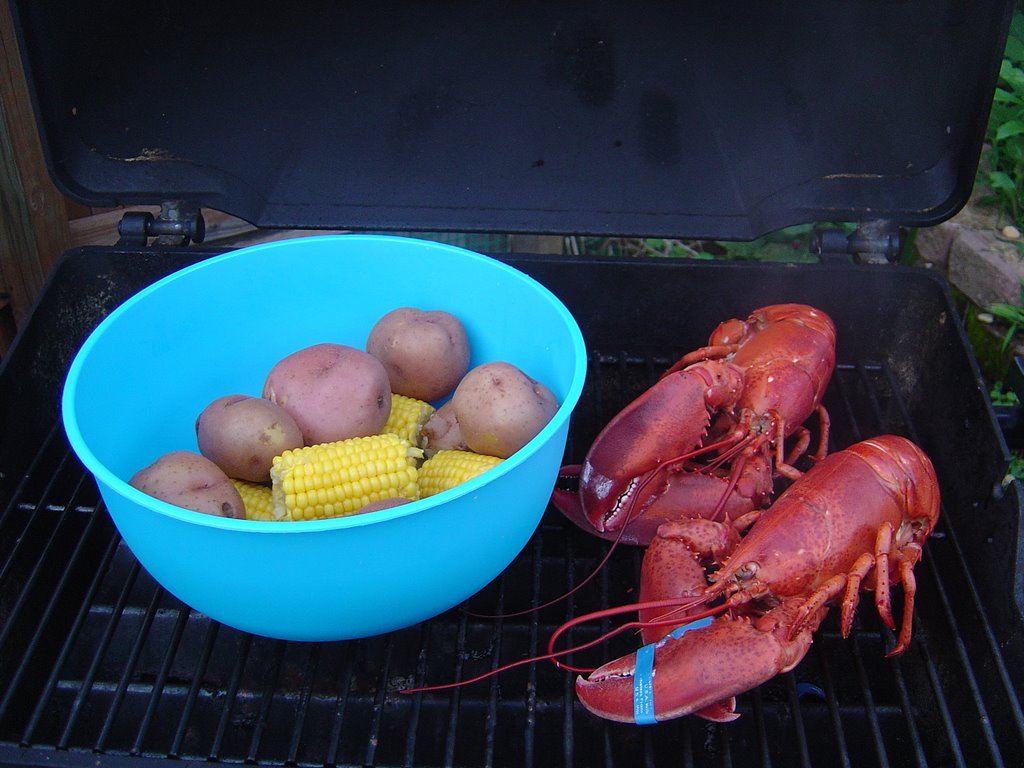 I guess it’s been about 10 years since we cooked lobster at home. The other day on Facebook, a friend posted that they had ordered from Get Maine Lobster and that sounded like a great idea so I ordered live lobster, which should be delivered today and that’s what we’ll be having for dinner tonight.

I’m not singing their praises yet but the have quite a few deals that include free overnight shipping. If the quality of their food is good, and my friend said it is, then I can buy live lobster from them for about the same price as what we’d pay for a great dinner out. It isn’t something we’d do every day but for special occasions, it’s not bad.

My plan was that this would be our celebration for Vince being off work til January 2 but then he told me he has to go in Monday afternoon and maybe all day Tuesday so we’ll be celebrating that he’s off almost from now til January 2.