Don’t you dislike whining blog posts?  🙂  Me too . . but some times I just have to whine so please bear with me.

I so avoid fiddly, aggravating things when knitting. I don’t mind making mittens but gloves .. I had never made them but I knew from imagining how the fingers would be made that I would detest making them. Part of Loopy Academy this semester is making gloves . . with fingers. Having to make stuffed toys was bad enough but gloves almost turned me into a Loopy Academy drop out. Had it not been for Nicole enthusiastically jumping in and getting hers done, I would have quit but . . I am not a quitter and I knew I’d be sorry when she graduated and I didn’t. 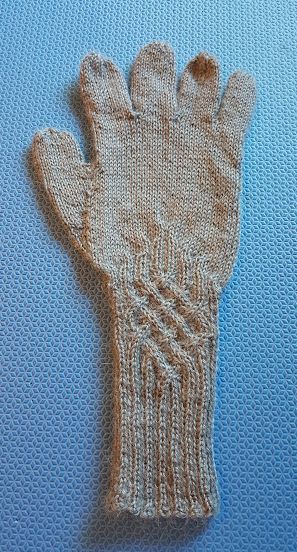 First, this isn’t the greatest yarn choice for the pattern. I was originally going to knit a lacy glove and then changed my mind and switched to the cable. The hairiness of the alpaca content doesn’t work so well with the the cables.

At this point, done is better than perfect. 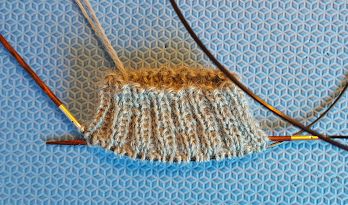 The second glove is started. The Bad Judy tried to talk me into starting another project. I can make a glove in 3 days so I have plenty of time to get that second one done but I know me .. if I put this thing down, I’ll never come back to it and then I’ll fail this semester and have to start over and make those stuffed toys again. Ughh .. that’s not going to happen.