Boots and I are in the sewing room knitting. He’s watching over my shoulder and expressing his disapproval at the outside, unfriendly cat getting attention! 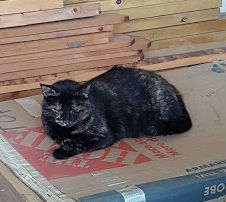 Everyone has told me that tortoiseshell cats can be quite moody and I have no idea if that’s why she’s like she is but she can be the sweetest kitty and have me thinking I need to get her all checked out and let her live with Boots and the next minute I’m wishing she would go back and live in the woods.

Yesterday it rained and I rarely see her on rainy days but by mid-afternoon, the sun had been out for hours, her food hadn’t been touched and I was beginning to worry and then I saw her on top of that box. Last winter, when we’d just catch a glimpse of her every now and then, Vince fixed the box up with warm, dry bedding so she could have a sheltered place to sleep. I guess she knows he fixed it up for her because now that the nights have gotten cooler, I think she’s sleeping in the box.

On the other hand, she thinks everything around here belongs to her. 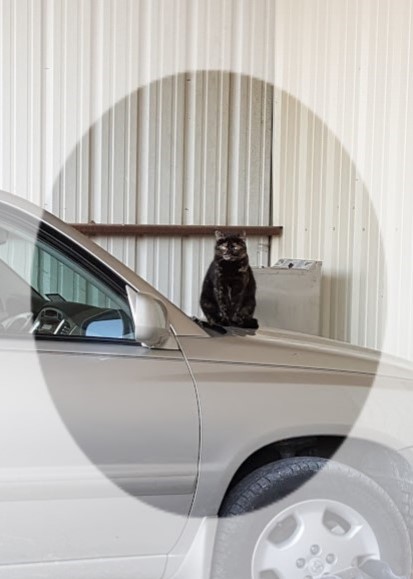 She still hisses like a crazy cat  . . if she’s in the mood to be left alone. Other times, she can’t get close enough to me. 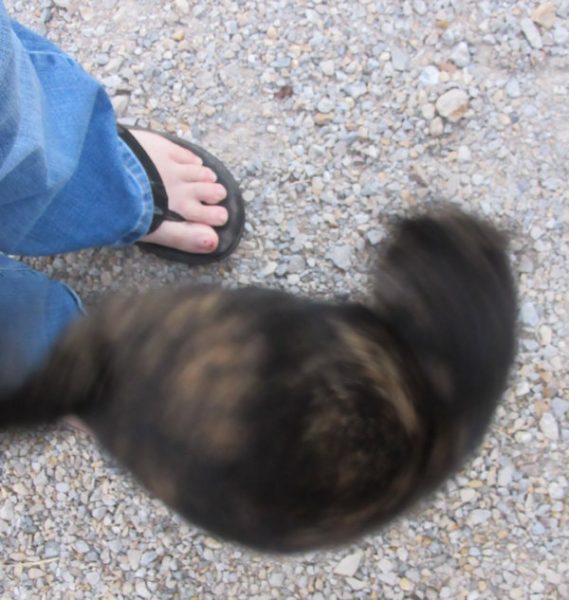 You’ll notice I still have that nice pedicure!  🙂

Most mornings Cat meets me at the door and she rubs and rubs and won’t get out of the way so I can walk. Half an hour later, I pass by her and she’s hissing at me. Boots would never do that!