Can you take one more recipe suggestion from The Mediterranean Dish?  Really . . you should go there if you haven’t already. There are some amazing recipes there.

Earlier this week, I made the Greek Lemon Chicken Soup. 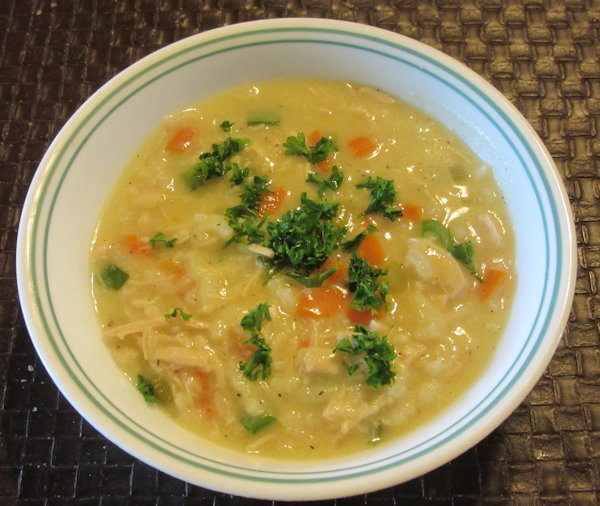 It was super quick and super easy since I used chicken that I had canned and all I had to do was take it out of the jar and shred it into the soup. No messing with raw chicken!

I tasted the soup before Vince got home for lunch and I thought it was amazing but with the lemon, it was a bit different and . . you know how men can be. I was anxious to hear Vince’s thoughts. While eating, he said “This may be the best chicken soup I’ve ever had!” Later in the day, he said “I think that was the best soup I’ve ever had!” I think he liked it.

There were leftovers and we had it a couple of days and it was just as good each time we had it. Definitely a recipe I’ll make over and over.