I thought I’d go ahead and get the stitches cast on at our knitting group this week. Thank you Sandie and Dot because without both of your advice, I would probably have given up already.

Then, I knitted two more rows, still using waste yarn, and joined for the circle, being very careful not to twist the stitches but after another row of knitting, and trying to stretch everything out, I realized I had twisted but, since I was still using waste yarn, I just twisted it back like it was supposed to be and kept going. I think I ended up with 5 or 6 rows on waste yarn. 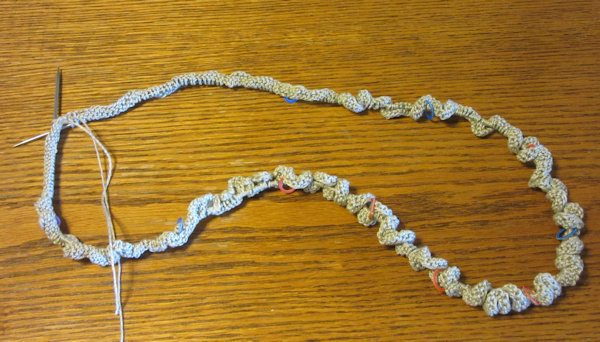 By this time, I was realizing that those super pointy needles were killing my finger. No matter how much I try not to, the needle brushes against the middle of my pointing finger on the right hand and before ever getting to the real yarn, I had bloody scrapes across my finger. I do not like these needles at all and I have several of them. In fact, the only 2.5mm needle I have that’s long enough is this one. I have lots of 2.25 mm needles, as that’s my preferred size for sock knitting. I have a couple of other 2.5 mm needles but they have short cables. Most of the interchangeables start with 2.75 mm. I doubt it would make a heck of a lot of difference if I used a 2.25 or a 2.75 but I ordered another 2.5 mm needle and I’m hoping it will get here Friday.

That gives me more time to stew about my yarn choices. I had decided on this: 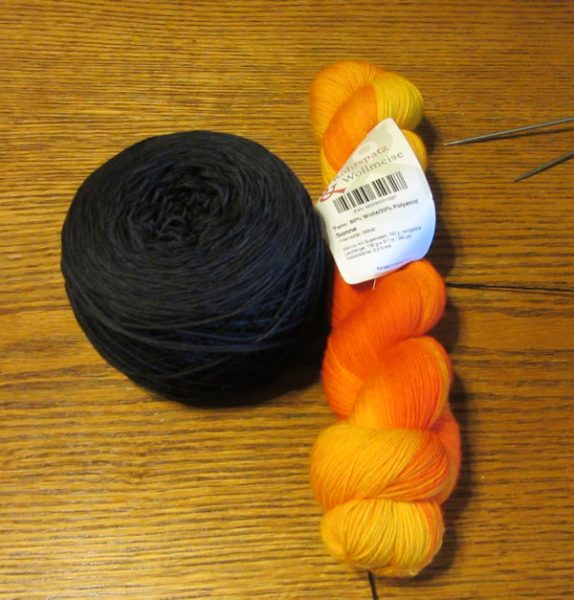 I think it’s just not what I want but the problem is . . I don’t know what I want.

The above yarn is Lorna’s Laces Zombie BBQ and I like it but probably not enough for this project. 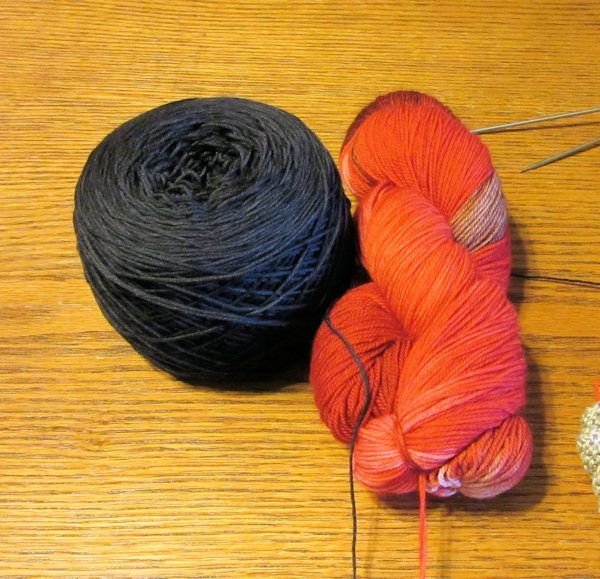 The colors are way off on this one but I also have two skeins. I think the runs of red are too long. I’m so frustrated with picking a second color.

According to my trusty spread sheet, I should have a couple more colors with 2 skeins here so I need to search diligently for those while waiting for the new needles to arrive.

Who would have thought picking yarn could be so hard?