Addie rarely lets Curious George out of her sight. A few weeks ago they were at a carnival type thing where you can stuff a dinosaur  (or maybe it was a dragon) and for a while every picture I saw of her, she had that thing with her. I asked Nicole if George had been replaced and she said no, most of the time Addie had George and the other critter with her. Nicole sent me this picture over the weekend and said George is back to being her best and only stuffed animal she carries around. 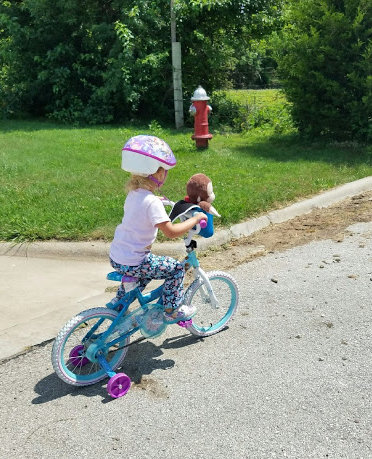 It looks like she’s grown enough that it’s easier to ride her bike this summer. 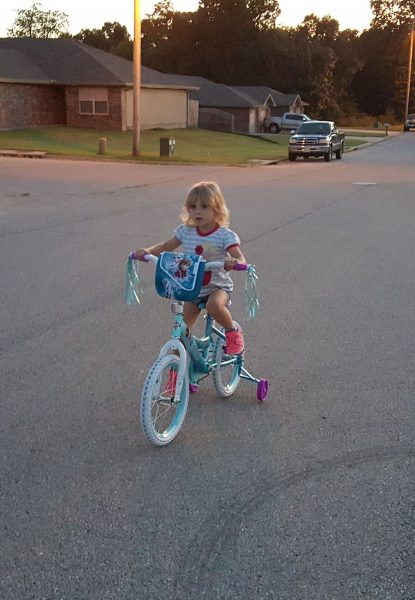 On the Bike Last Year

Nicole was telling me that George had ripped and she had to repair him. I told her that it might be time to order a backup and Addie was telling us that Nicole could knit one. I’m glad she’s suggesting that Mommy knit George and not Granny doing it!