We eat a lot of pickles and I just cannot seem to master making good pickles. Several folks have sent me tried and true family heirloom recipes and mine just never measure up so I have kinda sworn off making pickles from scratch but my favorite, above every pickle I’ve ever tried, is to make sweet pickles from storebought dill pickles. 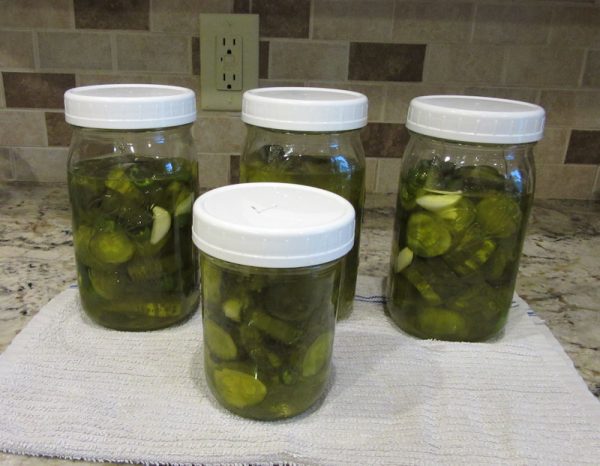 I chop them up and use them in tuna and chicken salad. I love them on burgers and sandwiches and they’re so good served alongside smoked meats.

The basic recipe is in the recipe box below but I love adding garlic and jalapeno peppers, as well as a bit of horseradish – not in the same jar. The easiest and most common way to make these is to put the sliced pickles and all the other ingredients back in the original pickle jar but since I add jalapeno and garlic to some, and horseradish to others, I put mine in Mason jars and end up with several jars, which makes it easier when it comes to serving anyway.

They need to sit out on the counter for at least 24 hours. Mine usually sit out a bit longer, at least til all the sugar is dissolved. Then they go into the fridge and they need to stay refrigerated. I’ve heard that they will last several months in the fridge. Don’t do as I do but . . through the years, from time to time, I’d find a jar that had been lost in the fridge and had been in there way longer than several months and we survived.

Anything you like could be added to the jars: cinnamon stick, hot pepper flakes, sliced onion, just to name a few. Also, a lot of recipes call for adding pickling spices. The recipe my friend gave me many, many years ago did not include pickling spices and I’ve never added them. 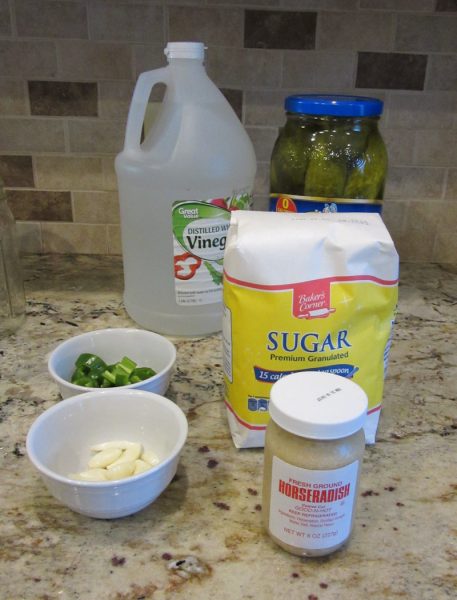 One word of caution: I am not a name brand buyer but once I bought an off brand in a plastic jar and those pickles never were crunchy so now I stick with one of the main brands of pickles.