It’s hard to know what’s going to happen to the garden. Everything is struggling  . . some will survive, some will not, but nothing is going to thrive. Two years in a row I’ve done the same things I’ve done for 30 years and even though I’ve never had a really bad garden, last year’s garden was just awful and this year’s is not going to do much.

I’m hoping to keep the tomatoes alive and maybe get some tomatoes in the fall. It’s pretty late for them to blossoms to set fruit and there’s no fruit . . and very few blossoms. 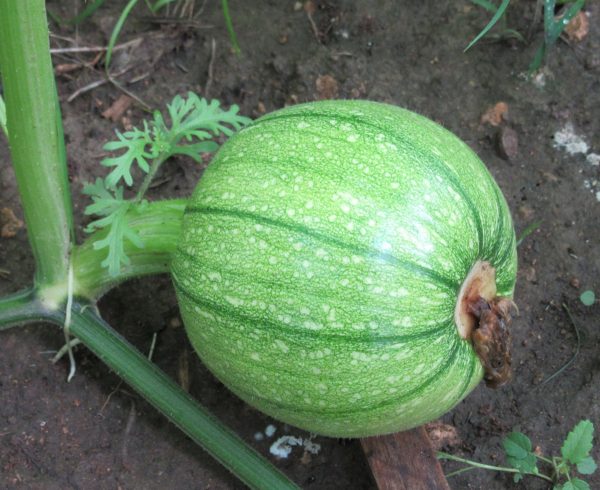 I keep watching this pumpkin. It’s growing and doesn’t seem to mind all the water. I propped it up on a little wooden strip just to get it off the soggy ground. 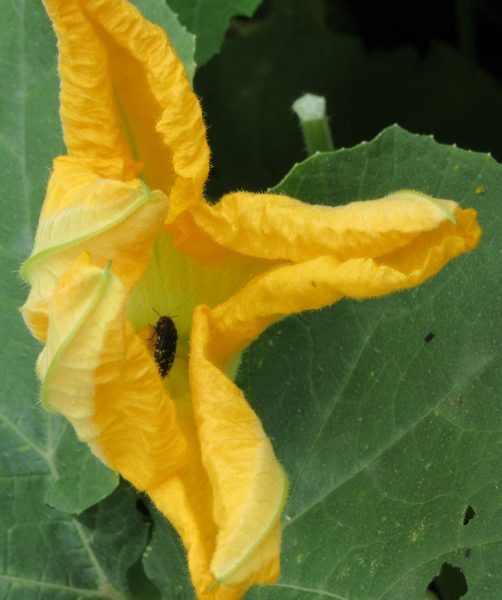 This isn’t a bee but it can pollinate and that works for me. 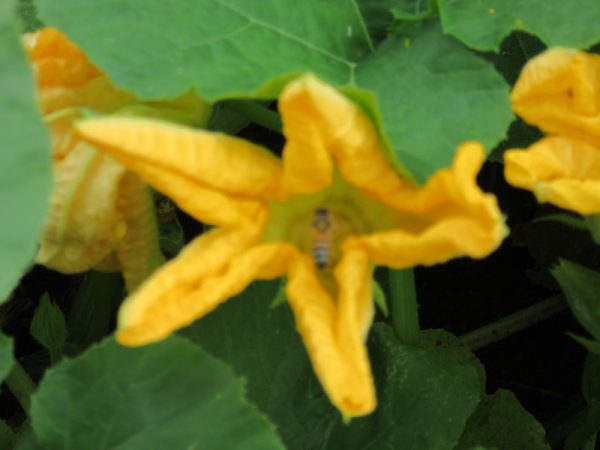 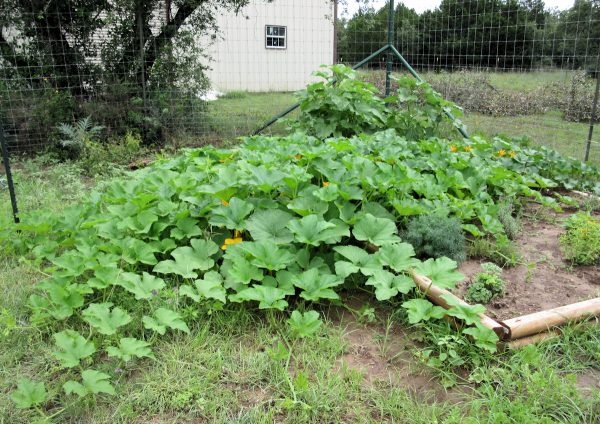 I have grown pie pumpkins before and I really thought they were more compact than regular pumpkins. Not these! They are about to completely take over the raised herb bed. 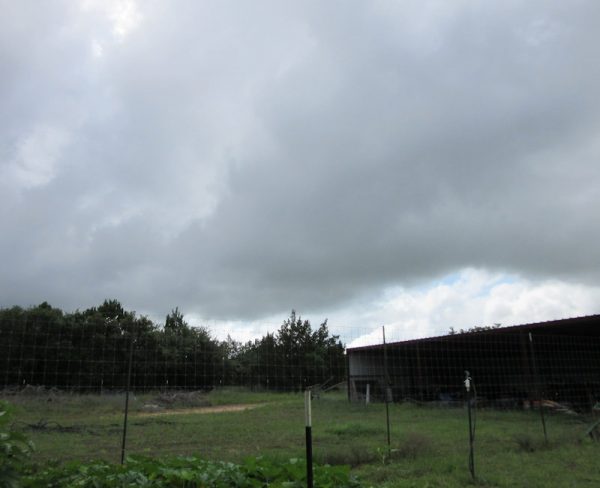 Clouds were rolling in so I grabbed a few veggies for the weekend – dug a few potatoes, pulled a few beets, picked some squash and a red onion and came inside. 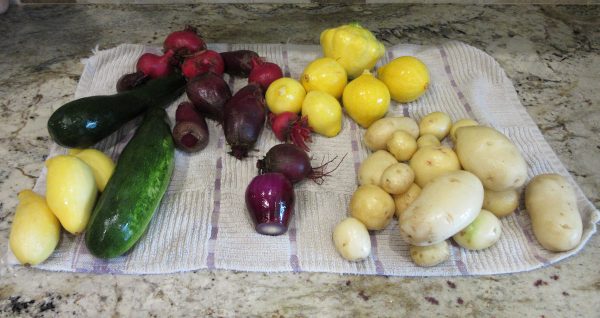 At least we’re getting enough for a few meals from the garden.