Yes, we did just get a new coffee pot. No, we haven’t used it yet. No, I don’t drink coffee but Vince does.

What I do like is iced coffee. Pioneer Woman’s Iced Coffee is amazing! You can add caramel, you can add raspberry syrup . . you can add most anything but since I’m cutting way back on sugar, I’m not adding much of anything, except a little Half & Half, and a little (very little) honey.

The way I’ve mostly made my cold brew coffee was mixing water and ground coffee in a jar, let it sit overnight, strain it and . . that’s my cold brewed coffee.

It’s messy . . maybe I’m just messy but I mess up a jar making the brew. I mess up another jar pouring the brew into it. I put the jar funnel thing on top of the jar, place a coffee filter in there, pour it through. It gets clogged, I mess with it, grounds usually end up dumping into my coffee . . it’s a mess. 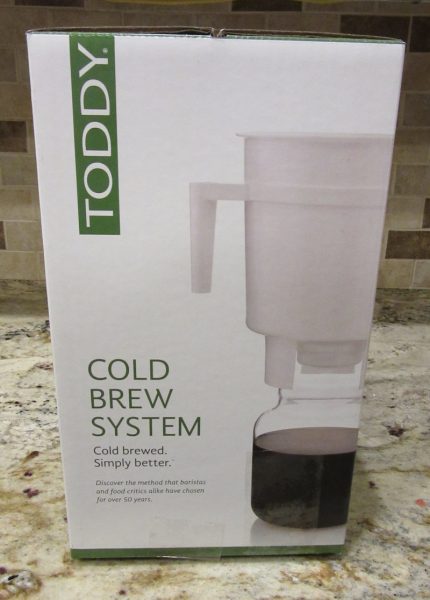 Don’t ask me why I had never heard of the Toddy Cold Brew System. There are reviews that are at least 10 years old. There are almost 900 reviews and it has 4.5 out of 5 stars. There are reviews on there from folks who have used every fancy smancy expensive coffee maker out there and they say they like this the best. $30 . . go figure!

It’s also supposed to have less acid than heat brewed coffee. Vince has a problem with acid and I’m hoping he will like this coffee and it will be better for his tummy. 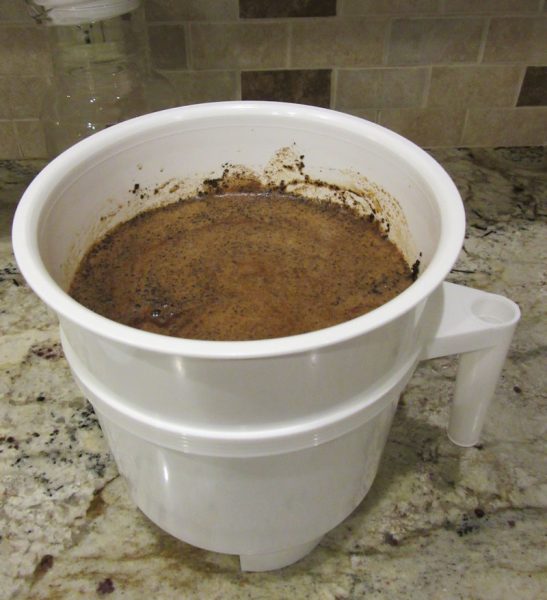 My first batch is brewing. It takes about 24 hours so tonight I will drain it into the carafe and in the morning we will try it and I will report back to you.