Our old Dominique rooster, Willie, is the best. I’m so hoping at least one of the Buckeye roosters will be as good as Willie.

He doesn’t take his eyes off whatever he sees as the problem. He makes a noise and the hens all run for cover. I can always go out there and look in the direction he’s looking and usually see the problem. 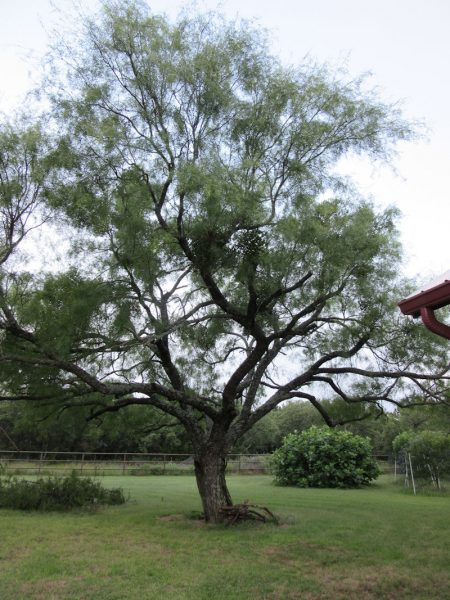 Besides mistletoe, do you see anything suspect in that tree?

Maybe from this angle, you can spot what old Willie spotted from quite a ways away. 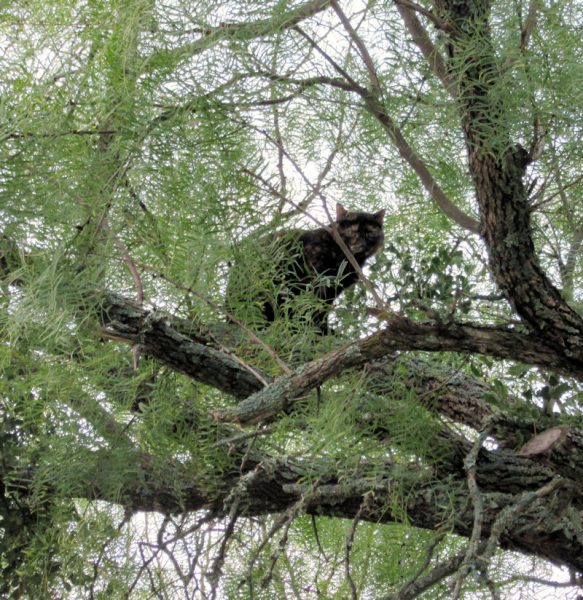 The chickens are used to seeing Cat but they’re not used to seeing Cat up in the tree! I’ve seen Cat in a few other trees but never saw him in the mesquite tree before. I wonder what enticed him to go up there . . probably a bird’s nest!

It’s like the Buckeyes . . they were used to me coming to the coop door and feeding them and changing their water. I could pet them and they would eat out of my hand but that all changed when I began letting run loose and I was walking among them. They were scared to death and would run from me. Now, after walking around where they are for 3 days, they’re starting to get used to that idea. Chickens don’t like anything out of the ordinary and that rooster notices every little thing that’s different.