We have this ongoing controversy at our house about raw milk. Vince will not drink it. He will not consider drinking it. He gets aggravated when I drink it. I love it! I’d much rather have raw milk than any storebought milk but raw milk is so hard to get and Vince refuses to get me a cow. There are probably two reasons he won’t get me a cow – first is that when I go visit Chad, Vince would have to deal with milking, feeding, taking care of the cow’s needs and second, he would probably be forced to drink raw milk, or worse . . just look at it in the fridge every day, if we had a cow.

We made a little progress recently. I love to take the milk, put it in the freezer for a while, then add chocolate syrup, stick the immersion blender in there and blend it all up. With just a little of the cream in there, it gets thick as a milk shake. I told Vince . . just taste this and if you don’t like it, you don’t have to finish it. That would have been more for me!  🙂

He loved it. I told him . . you should put real cream in your coffee in the morning and he said “Where would I get that?” That’s a start and a huge improvement over anything he’s ever said about raw milk before. If I could get him hooked, maybe he would want a cow too! That’s probably a big stretch but you never know!

Anyway, I was able to get 3 gallons of milk Friday and Saturday I used about a little over half a gallon to make yogurt. I skimmed some of the cream off a full gallon and made butter. 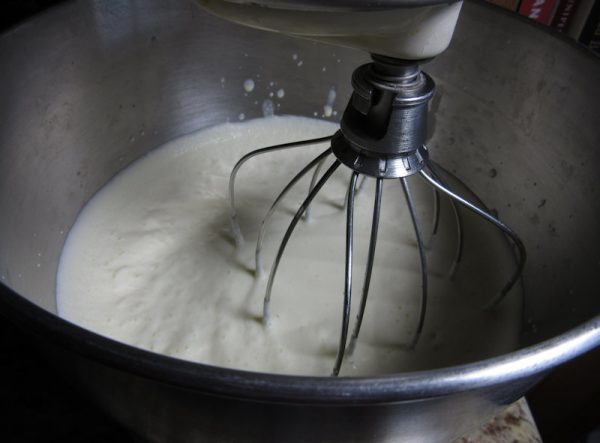 I thought about all the times at my grandma’s when she would put cream in a Mason jar, put a lid on it, stick me at the table to shake it til we had butter. She had a churn but she was probably afraid I’d break it and me sitting at the table shaking and rolling that jar around probably took longer and kept me out of her hair longer. 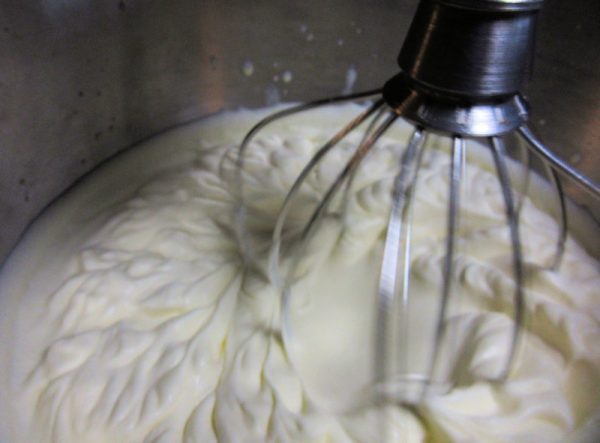 it wasn’t long til it was the consistency of whipped cream. I tasted it! It took every bit of self control that I could muster to keep from dumping sugar in there and eating the whole thing with a spoon. That is the creamiest, richest whipped cream ever. 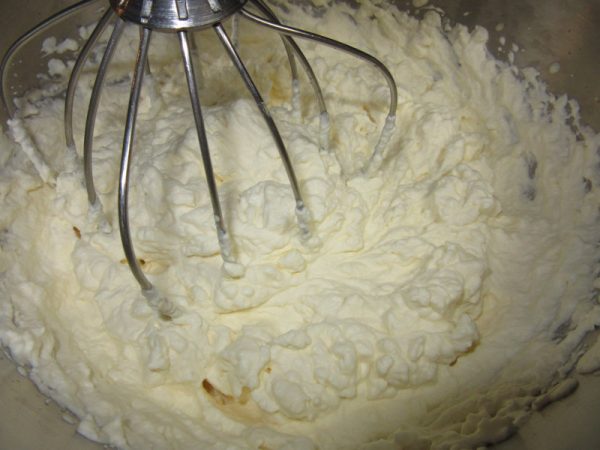 It was beginning to look more like butter. At this point, I could still have added the sugar and eaten it all . . and then licked the bowl clean! But I didn’t! 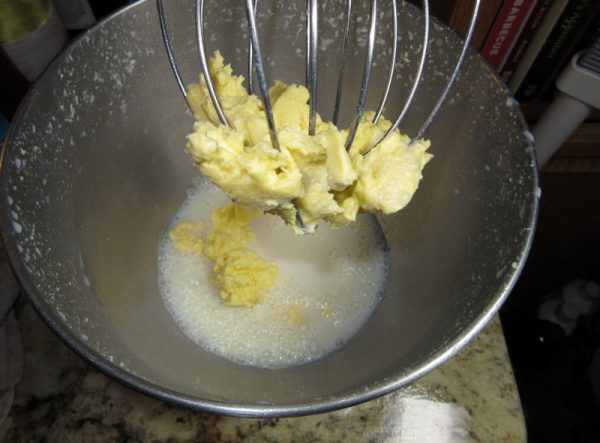 A few more minutes and we had butter! Sweet cream butter! Nothing better on biscuits than homemade sweet cream butter! Notice how white the cream is in the beginning and how it gradually turns to the typical buttery yellow color. Nothing was added to change the color . . it always does that. There’s a whole big scientific explanation here about who and why it happens.  Who cares? I wouldn’t care if it was purple or rainbow colored. I love homemade butter! I really want a cow! 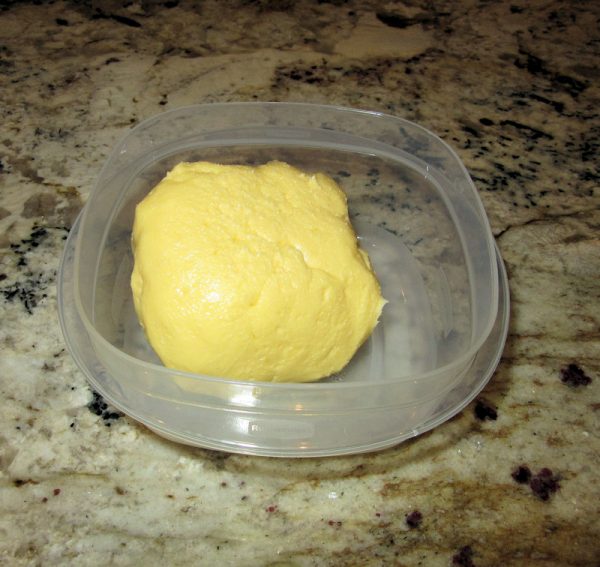 A bit of rinsing and draining and drying and we have about 5 ounces of butter. I’m really thinking if Vince feels raw milk isn’t safe . . then butter from raw milk shouldn’t be safe either and he should just use the storebought stuff and I’ll take care of this hunk of homemade butter!

Not only do I want a cow but I NEED a cow! But, I think I’m probably not ever going to get a cow so I’ll just be happy I’ve found a source for raw milk.