Chad has become friends with one of the guys from the cajun restaurant and Chad was telling me that they have boiled crawfish on Saturdays only. We kept saying to each other “do we try them?” and finally, we said “let’s do it!” 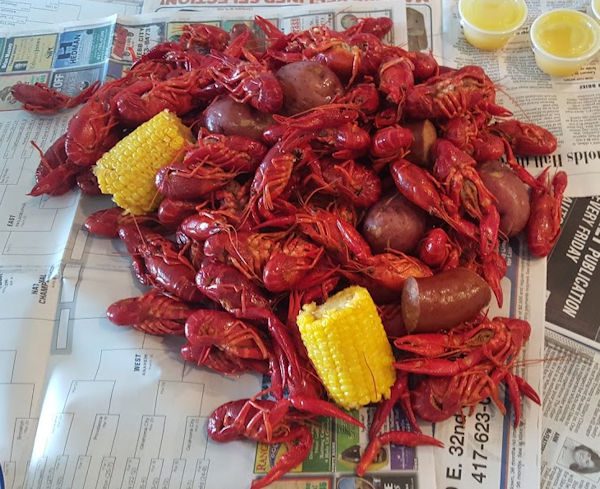 They were cooked just right – not quite as spicy as we would get in Louisiana, but like Chad said . . maybe the people in MO, for the most part, don’t want them as spicy as they serve them in Louisiana. We were able to add shake on spices to them and they were great. I would definitely get them again but by the time I come back, boiled crawfish will be gone from everyone’s menu.