There are three places/things I like to eat when I am visiting Chad. 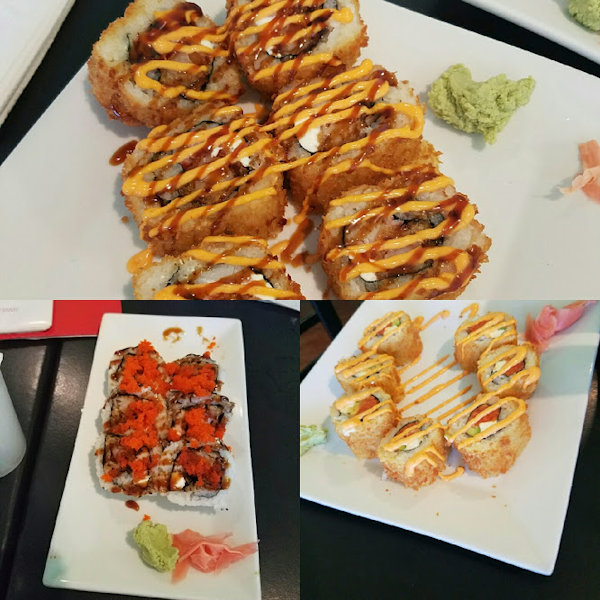 It was funny because I had driven a bit over 9 hours and was going to meet them in Joplin so we could eat sushi. They were going to the mall for something and I was going to meet them at the restaurant. I arrived in Joplin about half an hour earlier than I thought I would so I decided to run by the Toyota place to get them to check something on the car. As I was leaving the Toyota place . . guess who passed right by in front of me? Chad, Nicole and Addie! They saw me so I followed them but they decided to stop at Academy, then go to the mall. Chad spent too much time with Vince .. he loves to shop! I waited for them in the mall parking lot so I could surprise Addie. There’s a bungee place called “Spider Jump” at the mall and Addie loves to do it so we let her do some jumping. 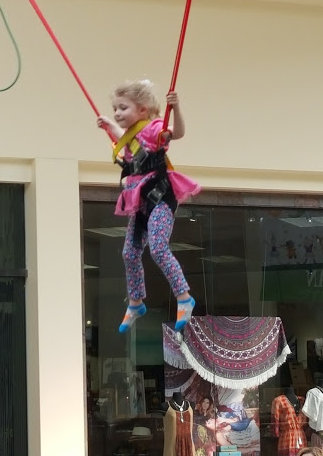 Our time together passes way too quickly. It’s so hard to believe how much a 3 year old changes in 3 months.

Sushi has been marked off our “to do” list. Chad and Nicole smoked a brisket yesterday so we may not go eat BBQ out. Nicole likes a Chinese place here in town more than she likes the Thai food so we may eat there instead of Thai. So much to do . . so little time, but I’m enjoying every minute of my time here.