Baby chicks grow so quickly! It’s kinda sad that they go from little fuzz balls to feathered birds in almost no time at all. You can see the edge of the brooder in the first laying box. I’m thinking it’s been too warm or them under the brooder so they’re hanging out in the second box during the day and going back under the brooder when they get chilly. 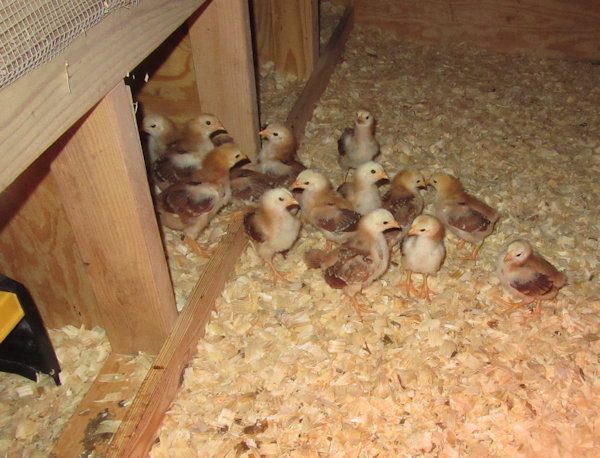 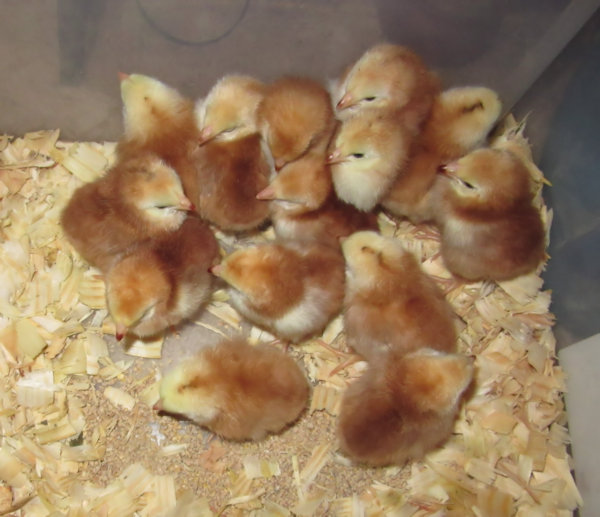 Having that brooder is so nice. When we’ve used a heat lamp in the past, we would have to keep raising it and always be careful that it was never too close to anything that would cause a fire. We keep the light in the coop just for added warmth but it isn’t the primary way we’re keeping them warm. They’re

They’re so cute – cute little eyes, cute little beaks, cute little chicken feet. They’re so inquisitive. They run around as fast as they can run . . which is pretty fast because they’re learning to flap their little wings and that gives them quite a boost . . kinda halfway between running and flying. They keep those wood shavings flying. 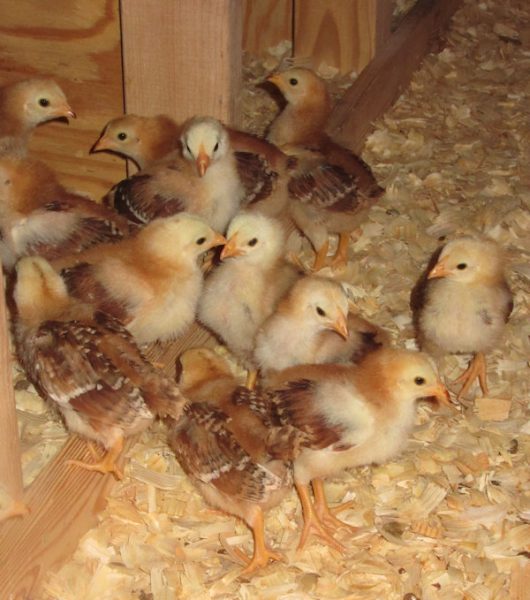 Look at those wings all feathered out. I love their little feet!

They’re pretty close to 3 weeks old now. We’ll probably keep some kind of heat for them til the first or second week of April. By then, our nights will be warmer and they should have all their feathers. 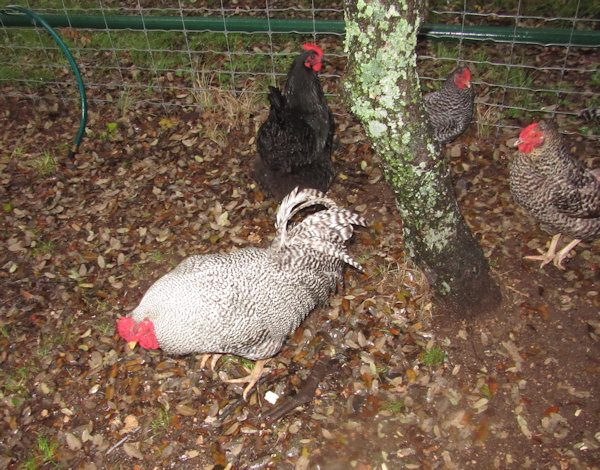 They can’t figure out why their noisy neighbors are getting more attention than they are. That old rooster is my favorite rooster that we’ve had. I hope he lives for a very long time. He’s so fun to watch. He makes all kinds of sounds and the hens know exactly what he’s saying. One sound means “Come here, ladies! I’ve found some tasty bugs!” Another sounds means “Run for cover!” The hens all go running and get safely under the agarita bushes or under the coop so if there’s a hawk or buzzard, hopefully they have a little cover. At night when it’s time to go into the coop, he will not go in til all the hens are inside. He gets frustrated with them when there’s one or two stragglers and he’s ready to go in. He’ll go up beside them and bump them and make one of his sounds and they’ll go running inside.

He really sounds the alarm when he sees a snake . . which has already happened. He saw one yesterday. It was gone before I could get out there and take care of it but I saw it slithering across the yard. I could go the rest of my days without seeing a snake and I would be happy.

He follows me around, begging for treats. As soon as I give them something – scratch, vegetable scraps from the kitchen, or even seedlings that I’ve thinned out from the garden, before he ever takes a bite, he calls the hens over, then stands back til they’ve all had what they want and then he will get his share.