Whether to use Kitchen Bouquet or not . . it’s one of those nagging questions I should be able to walk away from but honestly, it just seems that if so many people swear by it, I should be using it too. Thank you all for your responses. and I am going to try using it . . maybe just once . . maybe in every dish I make in the future. I just don’t see the need to add something to “enhance” the flavor but again, that’s just me. I think the flavor comes from the ingredients used in cooking. That’s where the “cheating” idea comes from in my mind. If I want a dark, rich gravy, I make sure my roux is really brown and then I use broth or . . I could put a few drops of Kitchen Bouquet which may or may not add flavor but darkens the gravy. Like I said . . I’m going to try it but obviously, I’m skeptical.

I found this page that was interesting. Some people think it adds flavor, some do not . . so that pretty much tells me that it doesn’t add enough flavor to make a whole lot of difference. I don’t think anyone questions whether garlic powder adds flavor . . whether it’s a good flavor or not depends on your taste but it’s a definite flavor.

Back when I first began cooking, there was a cajun cookbook that was popular. It was entitled something like “First You Make a Roux” or “It All Starts With a Roux”.  I can’t remember the name of it and it’s been years and years since I saw it but it must have made a good impression on me because almost everything with a gravy or sauce around here starts with a roux. There’s a pot of bacon fat on the stovetop now . . waiting to be the beginning of my gumbo roux. 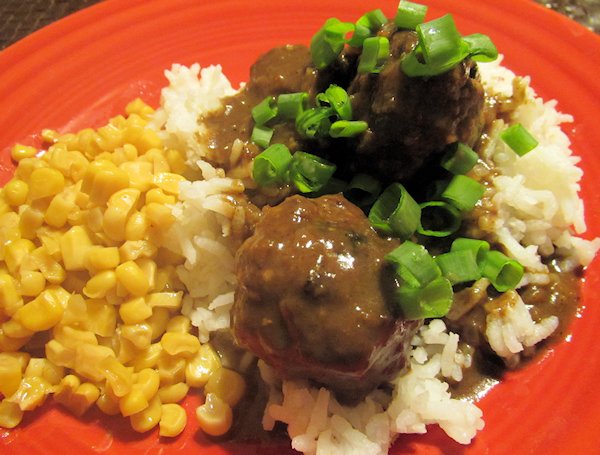 I went back and looked for pictures on the blog of meals with gravy and . . I don’t know . . I mostly eat my own cooking so maybe I just don’t know but I think my gravy is dark and rich enough. Because that meatball recipe is so delicious, here’s the link. It calls for roux from a jar, which I’m not opposed to using, but mostly I make my own and for that picture, that’s homemade rough.

Even my enchilada gravy starts with a roux . . lighter than for gumbo or some gravies, but a roux nonetheless. 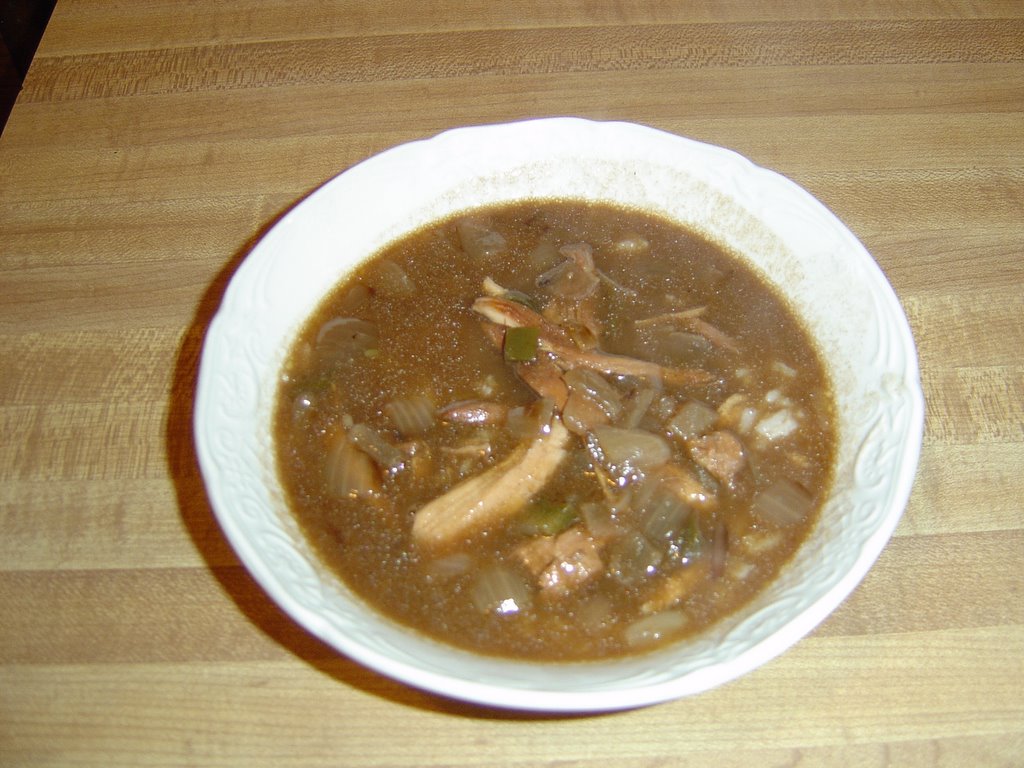 I’ll admit some gumbos I see have darker “juice” but so long as the roux gets the flour nice and toasty brown, and the stock is rich .. the color has never bothered me. 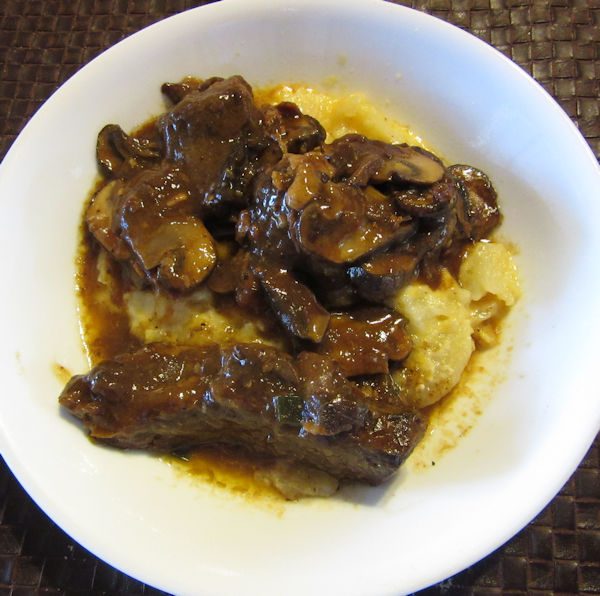 This is my lunch. It’s leftover boneless beef ribs with gravy and I think this gravy was pretty and delicious and quite dark .. nothing added to change the color.

I am going to try the Kitchen Bouquet . . probably in the gumbo that I’ll make this weekend, although I’m sharing that with a friend so maybe my experiment should wait. It definitely doesn’t matter to me if I use it or not but if I don’t need it, why stick one more thing in my already crowded cabinets? And as I mentioned to my friend, Vicky, this morning . . obviously Vince and I are not pushing ourselves away from the table because the gravy isn’t dark enough!  🙂

It sounds to me like Kitchen Bouquet is something most folks use for color, maybe a little added richness, and it wouldn’t be the end of the world if you don’t have it but, you’re happy you do have it. That’s what makes life so interesting. No . . I’m not saying Kitchen Bouquet makes life interesting but it’s the fact that we can all use what we want, love the things we want to love, ignore the things we don’t think we need, and yet we all still love each other!  🙂

Again, I’m not saying it’s right or wrong for you to use it or not use it . . I’m just saying that I’m really surprised that I’ve never used it, especially when so many people do use it.

And now, I’m wishing I had started that pot of gumbo instead of sitting and knitting!