When I was posting about making springerles, a friend, Evelyn, either commented here or on Facebook, that you also let macarons sit out to form a “crust” on the outside before baking them. I had never heard of macarons (not macaroons). So, I googled it and found that macarons are a meringue based confection that can be filled with ganache, buttercream or jam. Ganache is out for me because it’s . . chocolate!

An experienced baker can probably bake macarons without any special tools but I needed a kit. I found this one at Amazon and was just fixing to order it when my friend from Louisiana got into the conversation about the macarons. She said “You can get the kit at Michael’s and use a coupon!” Well, I have no Michael’s here and then she remembered that she had a extra kit so she told me after the holidays, she would send it to me and she did and it arrived today. 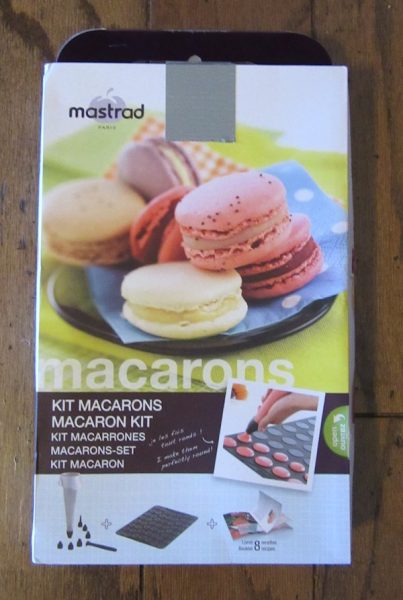 It took me about 2 minutes to get a batch started . . even though I’m supposed to be doing some heavy duty house cleaning because we have company coming! 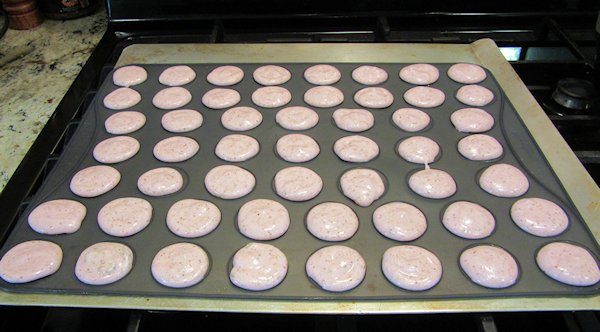 They’ve been sitting out and have the “skin” on top and I’m fixing to stick them in the oven. I hope they do what they’re supposed to do and I hope they are as delicious as they look!

Thank you, Carla, for the kit!