My dear husband is a wood turner . . so he says! He hasn’t done much wood turning in the past 15 or so years but he has every piece of wood working equipment you can imagine.

There’s brown wood trim around the outside windows . . not functional shutters but I call them shutters  . . don’t know if that’s right or not. On two back windows, there was no trim on one side each, because of the way the former owners had the outdoor shower set up. I wanted those put back up. When we looked at the house, I told Vince . . it doesn’t look right without those shutters there. “Oh, I can fix that. It’s just boards!” That was over 4 years ago.

When Chad and Nicole were here this past June, Chad said “Mom, want me to make those two shutters for you?” Yes, I do! Vince said NO! I don’t want Chad messing with my tools and I don’t want him drilling into the rock exterior to anchor the wood.

Nicole’s dad is a builder and Nicole has worked with him and is pretty handy with that kind of stuff so I didn’t mind at all if Chad and Nicole did it. Vince had the wood . . he’d bought it several years before. We had the paint from when the painters painted the exterior trim. So . . it would have been a piece of cake. But Vince said no so we didn’t do it. He promised me “I’ll have them up by Saturday” and that was in June. 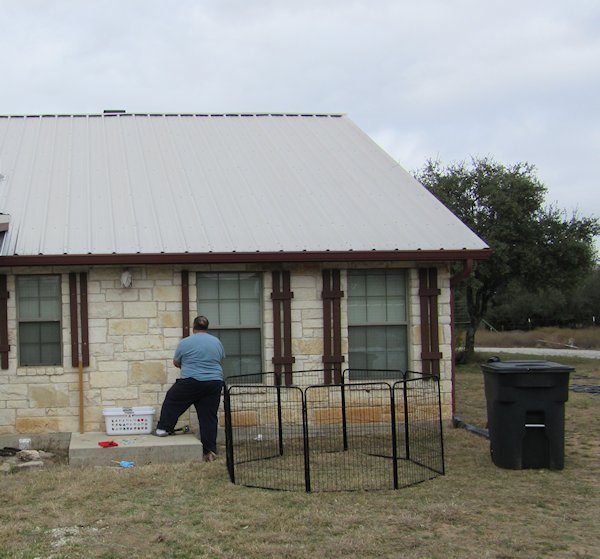 Remember the Google Earth picture (2008) from Missouri with my trash can sitting out in front of the house?

Last week while Vince was of, and while the weather was good, Vince got out there and got those shutters cut, painted and up! 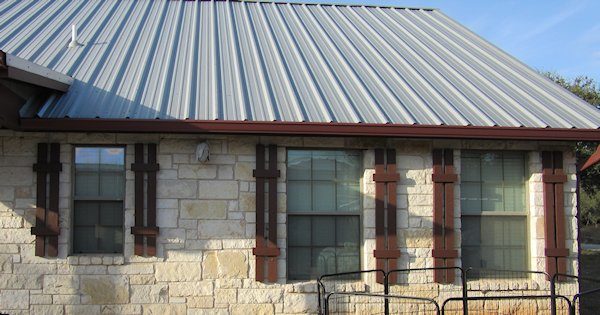 One more item off the Honey Do List! Just as Vince knows, you all know there are plenty of other things on that list though. Poor Vince!  🙂