Having grown up and spent much of my adult life in southwest Louisiana, I grew up with fog .. lots of foggy mornings where you could barely see your hand in front of your face.

When I went outwith the dogs yesterday morning, I told Vince . . it’s really foggy out there . . be extra careful. I was thinking how glad I was that I didn’t have to drive in that but then realized Speck was going to have to get to the vet soon. 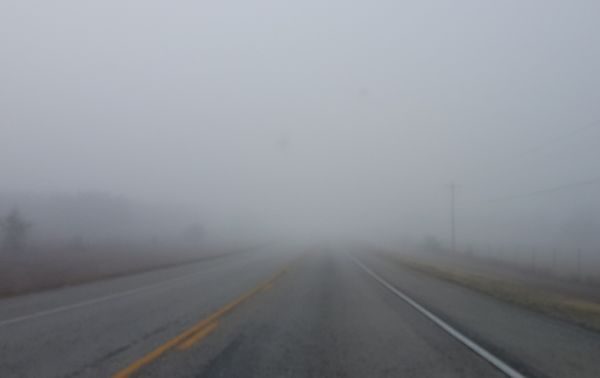 I’m so not used to driving in thick fog and I didn’t like it at all. There’s one intersection where I have to stop, and turn left and I had to put the windows down and hope to be able to hear if there was anything coming because I couldn’t see anything.

On the way back from the vet, after 10 a.m., the sun was starting to peek through. 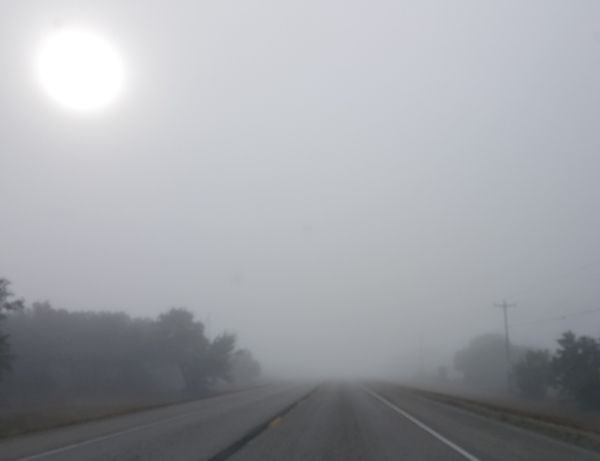 Before long, the fog was gone.

Fog is so beautiful . . just not when you’re having to drive in it. I used to love seeing fog settle on the bayous in southwest Louisiana  . . cypress trees, Spanish moss . . and fog. I miss those scenes.