When canning the venison the other day, one jar looked kinda “iffy”. It was sealed but there was a bit of a bubble in the lid so I didn’t want to risk it. That jar was placed in the fridge, and yesterday I planned to make some kind of soup with it. All the while, burgoo was on my mind and despite not starting out to make a “burgoo-ish” soup, that’s what I ended up with. 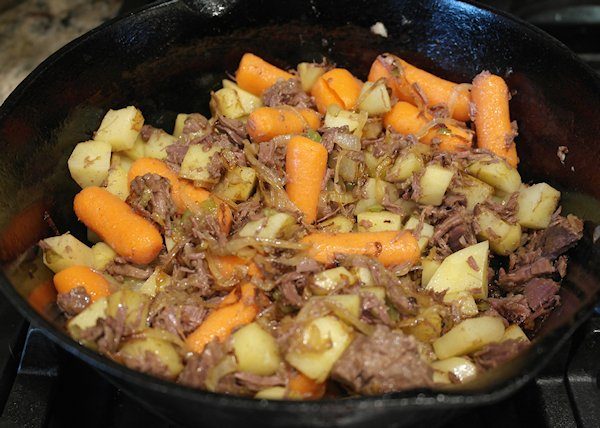 A bag of frozen “gumbo mix” . . though I’ve never seen corn in gumbo! 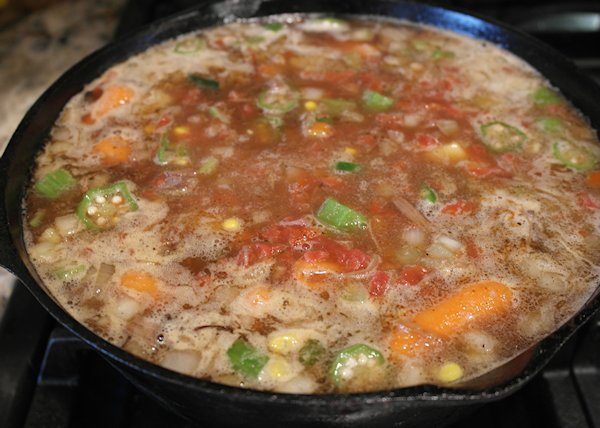 A jar of tomatoes was added. Then the pot was too full so I transferred it to a bigger pot.

Now, there was lots of room in the pot so, with Thanksgiving food needing to go into the fridge, the soup became a “Clean Out The Fridge Soup”!

I added kale, asparagus, then it needed more meat so I added a jar of canned chicken, along with the broth. 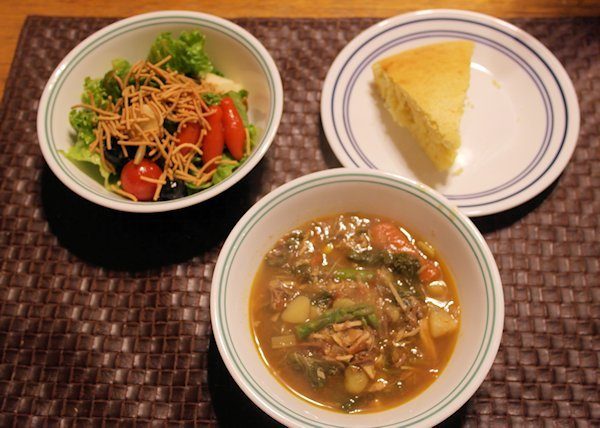 Salad, Cornbread and Venison soup . . and the best part . . 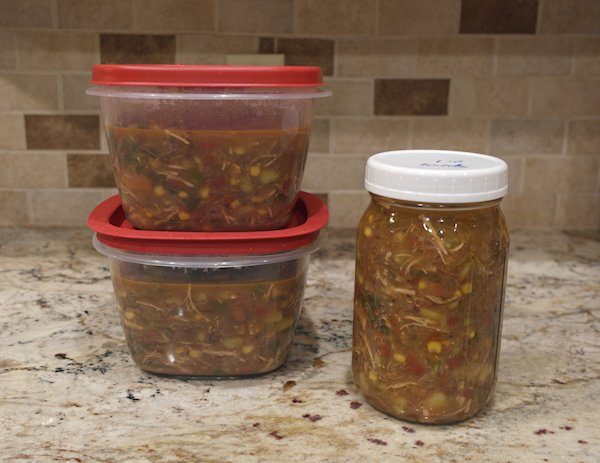 Two containers for the freezer and a quart jar for the the next few days.