From the looks of the last blog post, this one and the next one, I must have food on my mind! We were at United (yes, we go there a lot!) and almost all the time they have samples. I’m not sure about everyone else and how they react to samples but we’ve found some yummy things that we would not have purchased except for the samples. I love the horseradish pickles and would never have noticed them had they not been giving out samples.

Recently, they had cranberry salsa. 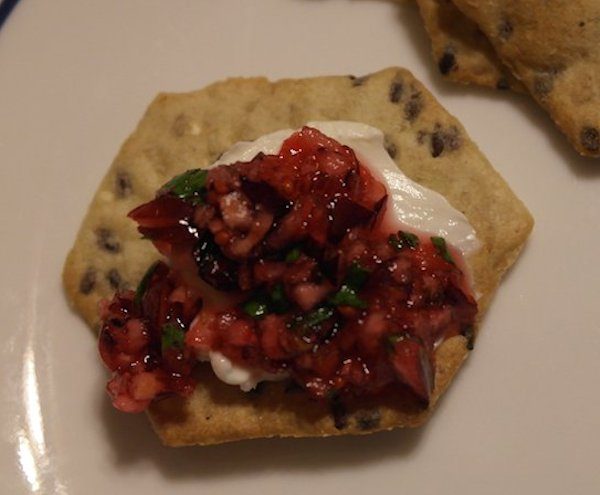 Honestly, throw a handful of cilantro into anything and I’m going to love it. On the other hand, a smidgen of cilantro is a whole lot too much for Vince.

United was giving out the recipe and I came home and made it. 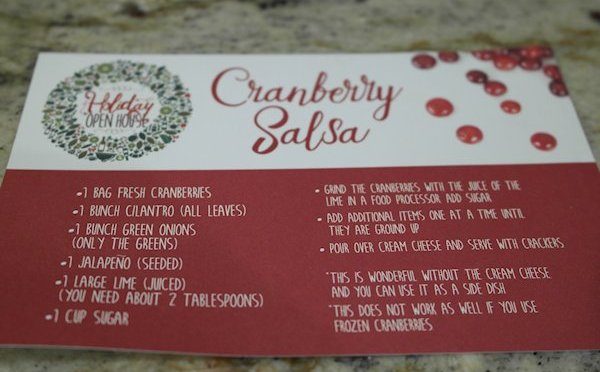 I added everything except cilantro and then divided it up into two containers. I put really just a few sprinkles of cilantro in Vince’s dish and I put a bunch of cilantro in my dish.

This is really tasty, it’s different, it’s festive (red cranberries, green jalapenos and cilantro). Not all jalapeno peppers are created the same. The one I used wasn’t very hot so next time I will use two jalapenos . . unless I get some really hot ones and then I’ll use just one.

I think it would also be good with chopped toasted pecans.